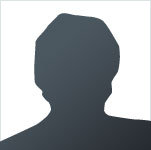 Rebecca Weeks Sherrill More, PhD, received her M.A. and Ph.D. from Brown in History. She directed the Harriet W. Sheridan Center for Teaching at Learning at Brown from 1992 until her retirement in 2010. She continues an active research agenda, teaches and lectures and is actively involved with environmental issues in New Hampshire.  In addition, she currently serves as trustee of the Weeks Medical Center (Lancaster NH), the President's Council at Plymouth State University (Plymouth NH), the Advisory Council of the Museum of the White Mountains Plymouth State University, the Outreach committee for the Society for the Protection of New Hampshire Forests (Concord NH), and the National Council at Strawbery Banke Museum (Portsmouth NH).

Current research focuses on the social, economic and cultural history of Early Modern England and Colonial America. Current research projects include: the social and political significance of "virtue" in English church memorials (1450-1700), and an annotated edition of the diary of a New England Anglican clergyman during the period of the American Revolution. Other projects include resraching community values in early New England (1637-1800), with a specific focus on Massachusetts, Maine and New Hampshire during the transitional years from the colonial to Early Republican era, as well as working with a local historical society in New Hampshire and publishing articles for the town's 250th anniversary.

Her publications include "The Settlement Maps of Early Lancaster New Hampshire: from Colonial Plantation to Republican Township" in Beyond the Notches: Stories of Place in New Hampshire’s North Country (Monadnock Institute, Franklin Pierce University, 2011), editing and writing for the Sheridan Center's Teaching Exchange (1992-2010), The Rewards of Virtue (1998), the introduction to the 1989 edition of Horace Walpole’s essay On Modern Gardening (1780), and numerous book reviews.  Since 2008, she has given lectures and published articles on Congressman John Wingate Weeks, sponsor of the 1911 Weeks Act, which established the National Forest Reserves.

Society for the Study of Early Modern Women

She has been a Lecturer in History in the Division of Liberal Arts, Rhode Island School of Design since 1995 and teaches on gender and social history in Early Modern England. She also works with senior Honors candidates at Brown on their thesis presentations. Since 2008, she has given lectures and published articles on Congressman John Wingate Weeks, sponsor of the 1911 Weeks Act, which established the National Forest Reserves.  She has also appeared in two films on the Weeks Act, "The People's Forest" (Moore-Huntley Productions) and "The Balancing Act," (US Forest Service and Plymouth State University). She has lectured on the history of gardening for the Garden Club of America since 1985.