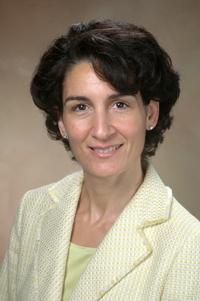 Athena Poppas, MD, FACC, FASE is Chief of the Cardiology Division; Director of Lifespan Cardiovascular Institute for Rhode Island, Miriam, and Newport Hospitals; Professor of Medicine, Brown University School of Medicine and Vice President of the American College of Cardiology.

She was named a Top Doctor by Rhode Island Monthly magazine and has received numerous teaching awards at Brown and Rhode Island Hospital.

Previously, she served as governor and chapter president for Rhode Island 2004-2007, chair of the Women in Cardiology Section and member of the Board of Trustees of the American College of Cardiology 2010-2015.

Dr. Poppas is a fellow of the American Society of Echocardiography, where she served on committees, including ethics, nominating and scientific programs. She has also worked with American Heart Association and European Society of Cardiology among others.