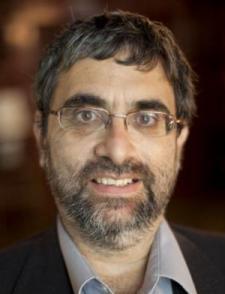 I was born and raised in London, England, completing my undergraduate studies at Oxford University. After this, I moved to Israel, where I undertook my graduate studies in Jewish History, focusing on early modern Polish-Lithuanian Jewry, at the Hebrew University of Jerusalem. In 1995, I took up a post in the Dept. of Jewish History at the University of Haifa in Israel, where I stayed until 2010, when I moved to Brown.

Adam Teller is an early modern historian, specializing in the history of the Jews in the Polish-Lithuanian Commonwealth. He focuses on the ways in which they became an integral part of society there and the tensions this aroused. He has written two monographs (in Hebrew), one on living conditions in the Jewish quarter of Poznan, the other on the roles played by Jews in Lithuania's eighteenth century magnate economy, as well as numerous articles (in English) on social and cultural issues.

My research on early modern Jewish history is best characterized as integrative and comparative. It is my understanding that, even in the early modern period, Jewish society did not exist separately from the society which surrounded it, but rather formed an integral part of it. Thus, in order to understand the history of Polish-Lithuanian Jewry, it is crucial first to grasp the complex, multi-cultural nature of the Polish-Lithuanian state. Consequently each phenomenon of this aspect of Jewish history must be researched within the context of the broader social and cultural system of which it formed a part, and compared with parallel phenomena in non-Jewish history.

I developed this approach first in my monograph on living conditions in the Jewish quarter of Poznan in the seventeenth century. In this study I analyzed the history of the Jews in one of the largest Jewish quarters in Europe by showing, among other things, the ways in which the experience of Jews and non-Jews who lived together, sharing the same urban infrastructure (such as streets, water supply, sewage and trash-removal), were parallel yet different. In my second book  a study of the economic role and social status of the Jews on the estates belonging the powerful Radziwill family in Lithuania in the eighteenth century  I further developed this approach. By examining the Radziwill estates as a specific form of economic enterprise, the crucial role that the Jews played in the economy came into sharp focus, allowing me to explain the causes for its development as well as its implications for both Polish Jewish society and the Polish-Lithuanian Commonwealth as a whole.

My next study focused on the rabbinate, long viewed as a wholly "internal" Jewish institution. However, by examining it not only with the sources of Jewish provenance, but also through the prism of documentation produced by the various authorities of the Polish-Lithuanian Commonwealth, I revealed that the rabbinate not only played an important role in the general administrative system as one of the means of controlling Jewish society, but also modeled itself on the institutions of Polish society from which it derived its power. In turn, this revealed changes in the way Polish-Lithuanian Jews related to the religious heritage which their rabbis transmitted to them.

As I have been working on this project, a different aspect of the stormy history of mid-seventeenth century Polish-Lithuanan Jewry has begun to interest me further. Having concentrated my research on the Polish context of Polish-Lithuanian Jewish history, it has become clear to me that we now need to reassess the Jewish context of that history. I am therefore now working on a study which will deal with the seventeenth century Polish-Lithuanian Jewish refugee crisis which followed the Chmielnicki uprising of 1648 and subsequent wars. In it, I examine both the experiences of the refugees themselves and the ways in which various communities and institutions in different countries co-operated in order to help them. Through this work, I hope to be able to reconstruct the social, economic, and personal connections which created the seventeenth century Jewish world, stretching from England to Iran and from Riga to Cairo. I should thus be able to assess both Polish-Lithuanian Jewry's changing place within a wider Jewish world, and the ways in which the wider Jewish world influenced the development of Polish-Lithuanian Jewry in the early modern period.

- The Jewish Quarter of Poznań and its Population in the First Half of the 17th Century (Hebrew), Magnes Press: The Hebrew University of Jerusalem 2003.  134pp.

- Captives, Slaves, and Refugees in the Seventeenth Century: Polish Jews and the Making of the Jewish World, Princeton University Press

- Studies on the History of the Jews in Old Poland: Scripta Hierosolomitana 38, Magnes Press: The Hebrew University of Jerusalem 1998. 332pp.

- Borders and Boundaries in the History of the Jews in Old Poland, Polin vol. 22, edited with Magdalena Teter, The Littman Library of Jewish Civilization: Oxford-Portland 2010

My teaching reflects my range of interests in various ways. I very much enjoy trying to understand the broad sweep of history, whether it be geographic, as in my course entitled, "From Amsterdam to Istanbul: The Jews in the Early Modern World", or chronological, as in my course entitled, "Difficult Relations? Judaism and Christianity from the Middle Ages until Today." I find the specific conditions of life in eastern Europe, and particularly relations between Jews and non-Jews there, a perennially fascinating topic. Finally, I have a deep and abiding love of teaching the history of Jewish culture through the critical  and often subversive  reading of the huge range of texts which Jews have written over the ages. Topics I teach include the history of the Jewish family, the development of modern Jewish mysticism and Hasidism, and Jewish popular culture. My work on the museum project in Warsaw has greatly stimulated my interest in the experiential presentation of history beyond the written text, so I often try to incorporate the analysis of pictures and even music in my teaching. Learning is a process of trial and error, so my classes are full of discussion and argument, as the group (and often the teacher, too) feels their way towards understanding together. I only teach what I like to study, so that I can share my enthusiasm with my students. That way we should all enjoy ourselves.

Over the last few years, I have worked with a number of graduate students, which I have found a particularly rewarding experience. One of my students has just completed her dissertation on the interwar Yiddish press in Warsaw, another is working on the social history of the Jewish community in the Pale of Settlement, with a particular focus on Jewish  non-Jewish relations, and the third is writing on the development of the Jewish plutocracy in late Tsarist Russia. I find directing graduate students the most professionally demanding aspect of university teaching, but also the most enriching.