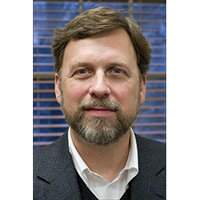 David Lindstrom received his PhD degree in sociology with specializations in demography and statistics from the University of Chicago in 1995. He is a Professor of Sociology, a core faculty associate of the Population Studies and Training Center, and former director of the Center for Latin American Studies and Associate Dean of Academic Affairs in the Graduate School. He has had research grants from NIH, NSF, the Packard Foundation, the Compton Foundation and RAND.

My research examines the determinants and consequences of migration in economically developing societies, the transition into adulthood, and the changing dynamics of reproductive health and behavior. In Mexico and Guatemala I study the interrelationship between migration and stages of the family life cycle, and the role of migration in the diffusion of urban reproductive norms and behavior back to rural places of origin. In Ethiopia I examine the social and demographic determinants of fertility, and the influence of the social and cultural context on early life course transitions.

Lindstrom's research examines the determinants and consequences of internal and international migration in economically developing societies, and the changing dynamics of reproductive behavior and health. Much of his research examines how context influences individual and couple decisions about the occurrence and timing of marriage, childbirth, and migration.

With support from NSF, and small grants from RAND, the Hewlett Foundation, and NICHD, a major area of my recent work is migration and demographic change in Guatemala. This research uses individual and aggregate-level census data, and original and existing survey data to examine the social dynamics of internal and international migration, the impact of residential change on fertility practices, and the diffusion of contraceptive knowledge and urban fertility behavior into rural migrant sending areas. Guatemala is a predominantly rural and ethnically segregated country where the indigenous Mayan population scores below the mixed race ladino population on standard economic and demographic indicators of well-being. On the surface internal migration streams are consistent with ethnic avoidance and fundamental ethnic differences in the attraction of economically developed places. A multi-level analysis of individual out-migration and choice of destination, however, provides no evidence of ethnic avoidance nor substantively important differences in how Maya and ladinos evaluate economic opportunities in places of origin and destination. The presence of co-ethnic migrants from one's own community of origin has the largest influence on choice of destination, and not the ethnic composition of the destination per se. Potential migrants, regardless of their ethnicity, rely on their networks for information and assistance with migration. The ethnic exclusivity of localized social networks generates distinct ethnic patterns of migration, even though decisions about choice of destination are insensitive to the ethnic composition of the destination. Other research using time series data reveals that Mayan out-migration during the insurgency of the 1970s and 1980s was more sensitive to the level of political violence at the local level than was the case for ladinos. Research using survey data that Lindstrom collected in Guatemala indicates that when presented with the opportunity to migrate to the United States, Maya men abandon distinctly Maya seasonal labor migration practices, and adopt international migration behavior similar to ladinos. Collectively, these results suggest that fundamental ethnic differences in migration behavior are due more to differences in the structure of opportunities and constraints found locally, than ethnic differences in the way people evaluate opportunities.

In a related line of my research in Guatemala I examine the intersection between migration and reproductive behavior and health. Modern contraceptive knowledge and use, and fertility levels in rural areas of Guatemala are comparable to levels in sub-Saharan Africa, especially among the indigenous population. In several papers I document rural-urban migrant adoption of urban fertility and contraceptive behavior, consistent with what has been found in other developing countries. However, I take this research further than other studies on migration and fertility and examine the impact of urban and international migration on the fertility of non-migrants in rural communities of origin. I find strong evidence of the diffusion of contraceptive knowledge and urban reproductive behavior back to rural migrant sending areas. Return migrants and migrant friends and relatives in urban and international destinations not only send back remittances and information about employment opportunities in destination areas, they also provide information, advice, and examples of urban reproductive practices. Using retrospective life history data from the Mexican Migration Project I examine the inter-relationship between the timing of migration and the timing of births; the role of human capital, social capital, and capital assets on husbands and wives migration; and the consequences of return migration from the U.S. to Mexico and cumulative U.S. migration experience on occupational mobility in Mexico.

A third area of research is focus on reproductive health and adolescent transitions to adulthood in Ethiopia. Beginning in 2001, with the support of the David and Lucile Packard Foundation, Dennis Hogan and I launched a new program of capacity building and translational research in the areas of reproductive health and population studies with the participation of Addis Ababa, Gonder, and Jimma Universities. The focus of this program is faculty training in the collection and analysis of reproductive health data and the translation of research results into policy relevant recommendations. From 2001-2004 researchers from Brown University conducted a series of seven, three-day workshops on the methods and materials of demographic analysis. Background Reports presenting summary findings from recent population surveys were produced for national dissemination and for publication in national and international scientific journals. In 2005, our efforts shifted to research and capacity building at Jimma University, and the Jimma Longitudinal Family Survey of Youth (JLFSY) was started. The survey is designed to assess adolescent health status and health needs, and to identify the determinants of alternative pathways to adulthood, including supportive features of families and communities and risk factors associated with poor health and social outcomes. The survey follows approximately 3,700 households and 2,100 youth for a period of five years.

I currently direct this project along with Assistant Professor of Anthropology Craig Hadley (Emory University) and Professor of Public Health, Tefera Belachew (Jimma University). To-date two rounds of household interviews and three rounds of adolescent interviews have been completed. Results from the survey have been disseminated in the form of two-page Policy Briefs that are targeted at local health service providers, and research articles published in scientific journals and presented at scholarly conferences. At list of publications and Policy Briefs is on the Ethipia Project website, which can be accessed through the webpage of the Population Studies and Training Center (PSTC), Brown University.