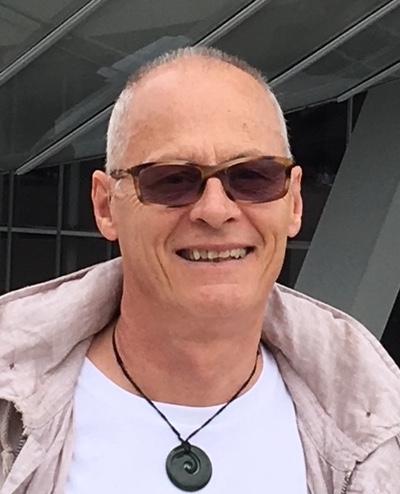 David Wills joined the department of French Studies at Brown in fall 2013, and was appointed jointly in the Department of Comparative Literature in 2015.

In 1985 he came to the US to accept an appointment in the Department of French at Louisiana State University. He remained at LSU from 1985-98, rising through the ranks with tenure and promotion to Associate Professor in 1988, and to Professor in 1991, and chairing the department from 1993-98. In 1998 he was appointed Chair of the Department of Languages, Literatures and Cultures at the University at Albany-SUNY. He was department chair from 1998-2004, and held a joint appointment in English. He was awarded the university’s Excellence in Research Prize in 2007, and named an International Fellow of the London Graduate School in 2010.

Wills has held visiting positions at the University of Queensland; Graduate Center, City University of New York; Université d’Aix-Marseille; University of Auckland; Emory University; and Columbia University. He has been a guest lecturer at over 50 institutions in the US, Europe, and the South Pacific.

His most recent book is Killing Times: the Temporal Technology of the Death Penalty (Fordham, 2019). Prior to that he published Inanimation (Minnesota, 2016), third in a series to analyze the technology of the human, following Prosthesis (Stanford, 1995) and Dorsality (Minnesota, 2008). In Prosthesis, he traced the human attachment to external objects back to a necessity within the body itself; in Dorsality, he explored how technology is understood to function behind or before the human. Inanimation proceeds by taking literally the idea of inorganic forms of life, and, starting from a seemingly naïve question about what it means to say that texts "live on," to propose a new theory of the inanimate, discovering life-forms in such disparate "places" as the act of thinking, the death drive, poetic blank space, recorded bird songs, the technology of warfare, and the heart stopped by love.

Wills's first work was in Surrealist poetry, and his subsequent research has maintained links with modernist literature while expanding into areas of literary theory and philosophy, as well as film theory and comparative literature. Other published work includes co-authored volumes on Thomas Pynchon (Writing Pynchon, with Alec McHoul, 1990), and on Derrida and film theory (Screen/Play, with Peter Brunette, 1989), a co-edited book entitled Deconstruction and the Visual Arts (with Peter Brunette, 1994), and an edited volume on Jean-Luc Godard’s Pierrot le fou (2000). He has published some 80 book chapters and journal articles.

Wills is also known as a major translator and interpreter of the work of French philosopher Jacques Derrida. He has published a volume of essays on Derrida entitled Matchbook: Essays in Deconstruction (Stanford, 2005), and translated The Gift of Death, Right of Inspection, Counterpath, The Animal That Therefore I Am, and Theory and Practice. His new co-translation (with Geoffrey Bennington) of Clang (Glas), will appear with the University of Minnesota Press in 2020. He is currently translating the 1997-99 seminars Perjury and Pardon for the University of Chicago Press. Wills is a member of the Editorial Board of the Bibliothèque Derrida at Éditions du Seuil, and is a founding member of the Derrida Seminars Translation Project.

My most recent book is Killing Times: The Temporal Technology of the Death Penalty (Fordham University Press, 2019). Capital punishment continues to be a pressing question in the US and on the international scene, many years after the 20th century trend toward abolition that saw a majority of nations outlawing it by the turn of the millenium. Whether it be practiced extra-judicially or judicially, whether terroristic spectacle or the ultimate sanction of a sovereign state, and whether the execution of it be considered barbaric or humane, it continues to present a challenge to the humanitarian progress traditionally associated with the European enlightenment of the 18th century.

My analysis starts from the fundamental, if obvious observation--examined by Jacques Derrida in his 1999-2001 seminar on the topic--that the death penalty manufactures a precise moment of death, instituting for the condemned person a countdown that is qualitatively different both from other violent deaths, and from the normal situation of the living, who cannot calculate the instant of their own death. I examine different operations and versions of the experience of time as it relates to the death penalty, with particular emphasis on how time comes into focus as what I call a form of technicity, a machine whose operations in no way reduce to the chronological linearity that we normally ascribe to time, producing instead a whole “new” or different set of simultaneities, terminations and suspensions.

My study also expands the question of the death penalty to include contemporary practices such as assassination by drone attack, which may or may not be considered judicial, and may or may not be acts of war; and such as suicide bombing, where the (self-) execution of the perpetrator is timed to coincide with the crime. My aim is to produce further intersections with what has become an international debate concerning human rights in the post-9/11era, an era that has been overseen by both conservative Republican and liberal Democrat presidents.