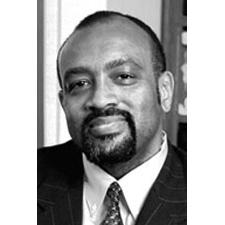 Glenn C. Loury, Merton P. Stoltz Professor of the Social Sciences at Brown University, is an academic economist who has made scholarly contributions to the fields of welfare economics, income distribution, game theory, industrial organization, and natural resource economics. He is also a prominent social critic and public intellectual, having published over 200 articles in journals of public affairs in the U.S. and abroad on the issues of racial inequality and social policy. A Fellow of the Econometric Society, a Fellow of the American Academy of Arts and Sciences, and a past Vice President of the American Economics Association, Prof. Loury has been a visiting scholar at Oxford, Tel Aviv University, the University of Stockholm, the Delhi School of Economics, the Institute for the Human Sciences in Vienna, and the Institute for Advanced Study at Princeton. He is a member of the Council on Foreign Relations, and was for many years a contributing editor at The New Republic magazine.

I am an economic theorist working on inequality between individuals and social groups. This work involves developing rigorous models of the social interactions which produce and sustain such disparities, and of the policies designed to mitigate them. Among the issues I study are: racial affirmative action; dysfunctional social identity; status transmission across generations; and cognitive theories of racial stigma. I also write popular essays on social and political themes as a public intellectual.

Over the past three years I have worked on five topics: (Papers numbered in brackets identify my publications relevant to that topic. See the list at the end of this description.)

a) Affirmative action [1, 2, 5, 7, 15, 17]: Several theoretical papers explore the efficiency, incentive and reputation effects of preferential selection policies. We distinguish race-neutral from race-conscious affirmative action; and, we contrast preferential selection with preferential access to developmental resources. An applied paper estimates efficiency consequences of imposing a "color-blindness" constraint on affirmative admissions policies at selective universities. This work inspired a legal brief that was considered by the Supreme Court in the 2003 University of Michigan litigation. I have a contract with Princeton University Press to write a small book tentatively entitled, What Price Diversity? The Economics and the Ethics of Affirmative Action Policies. A draft should be ready by fall 2006.

b) Identity [8, 9]: Two papers explore a mathematical model aimed at capturing in a rigorous way some of the connections between identity, culture and social performance. A novel definition of identity is proposed; the sense in which a group's collective identity can be dysfunctional is made precise; and, mechanisms of social interaction are described through which rational actors nevertheless may come to define themselves in a way that inhibits their economic functioning.

c) Racial stigma [4, 6, 14, 16, 18]: In chap. 3 of my 2002 book, The Anatomy of Racial Inequality , and in several subsequent essays, I develop a theory of "racial stigma"  in contrast to the classical notion of "racial discrimination." My main idea is to distinguish the formal economic transactions of markets from the informal social interactions of neighborhoods, families, and friendship networks. Citing a broad array of evidence, I argue that racial inequality in contemporary American society derives more from disparate treatment in the latter than the former domains, and I speculate on the implications of this conclusion.

d) Racial justice [3, 11, 13, 18]: In chap. 4 of my 2002 book, and in subsequent essays, I develop a principled approach to questions of racial justice in the U.S. context. Through this work in social philosophy, I formulate the axiom that any concept of intergenerational justice must be "closed to moral deviation." I contribute to the debate over slavery reparations for American blacks by applying this axiom to the dynamic social choice problem which this debate implicitly poses.

Finally, I am currently starting work on a new book entitled, Social Analytics: Race, Inequality and the Promise of Economic Theory. This would be a book on the practice of social science and social criticism, drawing on my own past writings. The central premise of the book is that my style of "public intellectual" work is noteworthy in the extent to which it connects social scientific insights with writing on popular themes. With this book, I hope to present a model for how technically adept social scientists can engage in the larger, national conversation on issues of policy significance. The concluding chapter will be an essay describing my political journey as an economist and public intellectual, from my early career as a traditional liberal, to my national prominence as a "black conservative" intellectual during the Reagan era, to my current position as a left-of-center critic of conservatism. The narrative will relate this political odyssey to the intellectual positions illustrated by the technical and discursive essays collected in this volume.

My research is supported by the Mellon Foundation, most recently in a two year grant of $240,000, to support work on "Race, Inequality and Economic Theory," expiring summer 2006. This was preceded by a three-year, $650,000 grant to the Institute on Race and Social Division at Boston University to support research and conferences on "Affirmative Action in Higher Education."

Invited to give the prestigious Tanner Lectures on Human Values at Stanford University, spring 2007

James A. Moffett '29 Lecturer in Ethics, Princeton Univ., Nov. 2003:
Lecture 1: "Relations Before Transactions: Toward a new paradigm for discrimination theory"
Lecture 2: "What Price Diversity? The economics and the ethics of categorical redistribution"

Elected fellow, the American Academy of Arts and Sciences, 2000-

Listed, Templeton Honor Roll for Education in a Free Society, 1997-98

Winner, 1996 American Book Award and 1996 Christianity Today Book Award, both for One by One, From the Inside Out: Essays and Reviews on Race and Responsibility in America

American Academy of Arts and Sciences

Editorial Board, The American Interest

Advisory Board, Journal of Economic Perspectives