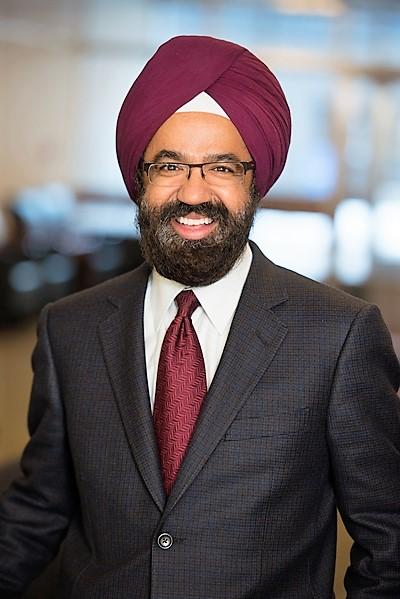 Jasjit S Ahluwalia, MD, MPH, MS is a physician and population health/public health scientist who is passionate about mentoring. He has been in academic medicine since 1992 and has been a practicing physician, faculty member, department chair, Associate Dean and Center Director in medical schools, and recently, served as a School of Public Health Dean. He has a broad interest in minority health, health disparities, the social determinants of health, addiction, and cancer prevention. His primary research has focused on nicotine addiction and smoking cessation in African-American smokers. His work has extended to harm reduction with the use of e-cigarettes in Latinx and African American combustible tobacco users. In addition, he is engaged in global health efforts with research projects in Mumbai and New Delhi, India.

He has been the PI of $19 million and Co-I of over $100 million in extramural grants, and has published more than 350 manuscripts. Additionally, Ahluwalia served as the inaugural chair of a charted NIH study section titled, Health Disparities and Equity Promotion, and in 2014, completed a 3-year term on the NIH/DHHS/NIMHD National Advisory Council on Minority Health and Health Disparities, for which he served as chair during the last year of his term. In 2019, he completed a 3-year term on the Board of the Society for Research on Nicotine and Tobacco (SRNT). In this same year, he was appointed by the Secretary of DHHS to the Interagency Committeee of Smoking and Health chaired by the US Surgeon General.

Ahluwalia received his undergraduate degree at New York University and a combined MD/MPH from the Tulane University Schools of Medicine and Public Health and Tropical Medicine. During a two-year fellowship at Harvard, he studied clinical epidemiology, trained in clinical research, and earned an MS in health policy from its T.H. Chan School of Public Health.

In 2005, he relocated to University of Minnesota to establish the Office of Clinical Research, to increase the stature of clinical and translational research across the six health science schools; Medicine, Public Health, Pharmacy, Veterinary Medicine, Nursing and Dentistry. The office evolved into the NIH funded University of Minnesota Clinical and Translational Sciences Institute (funded by a NIH CTSA $55 million grant), for which he served as Associate Director leading clinical research training and career development for undergraduates, graduate students, fellows and junior faculty. In 2009, he was awarded a $6 million NIH P60 center grant which led to the establishment of the Center for Health Equity. In 2015, he became Dean of the Rutgers School of Public Health and in September 2017,  joined the Brown University School of Public Health as a tenured Professor and will focus on research, mentoring, and teaching graduate and undergraduate students. Dr. Ahluwalia serves as the Deputy Director of CADRE, a $12.5 million 5-year NIH center grant which was launched in 2019.

Dr. Ahluwalia’s strength and track record lies in building and growing programs, leveraging through collaboration, inspiring others to work in teams, a passion for excellence, strong leadership skills, proven administrative experience, strategic planning, executing transformational culture change, and the ability to create an atmosphere that nurtures, values, and celebrates diversity.

2019 Appointed by the Secretary of DHSS to the Interagency Committee on Smoking and Health, chaired by the U.S. Surgeon General

2018 Inducted as a Fellow, Society for Research on Nicotine and Tobacco

2014 APTR (Association for Prevention Teaching and Research) Duncan Clark Award for a distinguished record of achievement in the areas of teaching, research, and advocacy in the field of prevention and public health. Presented March 21, 2014 in Washington DC

2011 APHA (ATOD Section) Lifetime Achievement Award for tobacco research having an impact on improving the health of the public; November 2011

2010 ASPO (American Society for Preventive Oncology) Joe Cullen Award - to one whose leadership is exemplified by a commitment to fostering collaboration among the wide network of basic and behavioral research scientists, health care professionals and public health advocates in the fight against tobacco and tobacco-related disease; March 23, 2010

2009 SGIM Herbert W. Nickens Award for work in diversity in medicine and improving the health of minority populations; May 16, 2009

2001 Recipient, as the Depatrtment Chair, on behalf of the University of Kansas School of Medicine, Department of Preventive Medicine, the ATPM Outstanding Educational Program of the Year Award (recognizes an innovative program, department or academic institution for advancing undergraduate or graduate medical education in preventive medicine and public health); April 2001