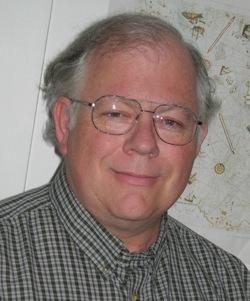 He is a scholar of Sanskrit and ancient Indian literature and intellectual history. His research and writing centers upon the translation of the gigantic, 2000 year old Indian epic, the Mahābhārata, and the interpretation of it as a work of religious, philosophical and political literature in its historical context. He is the general editor of the University of Chicago Press ten volume translation of the Mahābhārata and is also the translator for a large segment of that series  the portions presenting hundreds of chapters of political, social, religious, and philosophical teachings that form the foundation of classical Hindu religions. This segment of the Mahābhārata comprises about twenty percent of the whole epic and his contribution forms Volumes 7 and 8 of the series.

2009, 2010, 2011 Humanities Research Funds from Office of the Dean of the Faculty, Brown University
2008 Awarded $4,500 from Brown University Lectureship Fund to support planned conference on Early Indian Philosophy in the Mahābhārata.

2006 Named Lindsay Young Professor of the Humanities, College of Arts and Sciences, University of Tennessee.

2005 Keynote address at conference on "Epic Constructions: Gender, Myth, and Society in the Mahābhārata," London, School of Oriental and African Studies.

2004 Research and Creative Achievement Award in the Arts and Humanities from the College of Arts and Sciences of UTK ($30,000 research support over 3 years).

February, 2004 Sabbatical Leave Award by the University of Tennessee for Fall Semester 2004.

2003 Awarded the Jefferson Prize for Distinction In Research, Office of the Provost, UTK: 3 year award, $18,000 in research support.

1974 Dissertation Research grant, American Institute of Indian Studies for 1 year of study of the Mokṣadharmaparvan in Pune, Maharashtra, India (declined)

American Oriental Society, past member of the board

Dubrovnik International Conference on the Sanskrit Epics and Purāṇas, member of the board