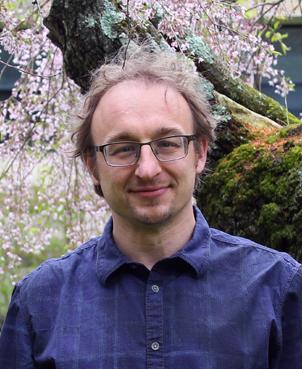 I am a graduate of the University of Chicago’s Sociology department and Associate Professor at Brown. My work focuses broadly on American statecraft and subnational governance, especially the interplay between federal policy and party politics, municipal finance, political advocacy and expertise, and more generally the democratic process.

My first book, entitled Partisans and Partners: The Politics of the post-Keynesian Society examined municipal and partisan politics in two Rust Belt cities during the 2008 and 2012 election cycles. It shows how changes in American federalism—especially the corporate merger waves that followed 1970s-era financial deregulation and changes in the prevailing logics of inter-governmental finance—eroded the traditional base of both political parties, thus creating an opening for activists to take over grassroots politics, especially within the GOP.

I have also written papers on the politics of exotic municipal bonds, economic development practices, corporate incentives, ethnographic case selection, and analytical comparisons, which have appeared in journals like the American Journal of Sociology, Sociological Methods and Research, Social Problems, and City and Community and won multiple academic awards (including the ASA’s Theory, Jane Addams, and Charles Tilly Awards). I have also written about municipal finance, Rust Belt economic development, the Obama campaign, and Donald Trump for popular outlets like the Washington Post.

I’m currently working on a project focused on municipal finance and policing for profit in the Chicago region and a second book project, tentatively entitled Architects of the Divided States. The book is a mixed methods study of bureaucrats, advocates, lobbyists and elected officials in several states, which speaks to growing divergence in state-level policy in the United States. I argue that this divergence is structured by policy-makers’ state-specific career trajectories, which breed a commonality of outlook and propensity for creative implementation of federal laws and other means of shifting policy that fly under the public radar.