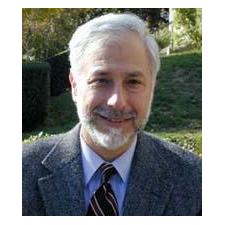 I received my Ph.D. from California, Berkeley in Ancient History. I taught at the University of Wisconsin-Madison, 1976-1995, at which time I came to Brown as Professor of History and Dean of the College. I've been full time in the history department since 1998. My area of specialty is Greek intellectual history, which led me to study American Transcendentalism and to questions of Classical Reception

Co-PI (with Baruch Halpern, Penn State University) for $105,000 Mellon Foundation Sawyer Seminar Program Award for "Cultural Exchange and Appropriation in the Mediterranean World." This work is under contract with Brill Press, in one or two volumes.

I am currently working on a book-length project, Emerson's Civil War

The Political Writings of Ralph Waldo Emerson for The Cambridge Texts in the History of Political Thought. Cambridge University Press, 2008

Polybius on the Writing of History (University of California Press, 1981)

Ancient Hellenistic History: I specialize in the history of ideas, and thus cover especially aspects of philosophy and religion from roughly the time of Alexander the Great through the end of the Roman Empire