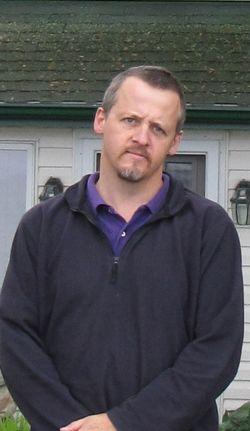 Kerry Smith did his undergraduate and graduate work at Harvard, and joined the Brown History Department in 1997. He is the author of A Time of Crisis: Japan, the Great Depression, and Rural Revitalization (Harvard University Press), a number of shorter works on the social history of interwar Japan, and a prize-winning article on Japan's first "official" museum of the war years.  He is working on a new book about disasters and science in modern Japan. Professor Smith teaches courses on the making of modern East Asia, World War Two in the Pacific, the atomic age,  and empires and cultures.

Professor Smith is developing a book-length exploration of the social and cultural histories of the Great Kanto Earthquake of 1923. That event, which devastated most of present-day Tokyo and many of the surrounding communities, stands out as a key but largely unexamined rupture in the history of modern Japan.

The Great Kantō Earthquake leveled much of Tokyo and Yokohama, killed more than 100,000 people, and left a half-million Japanese homeless,  but has only recently become the subject of critical inquiry by historians,  a shift provoked in part by the emergence of new analytical and theoretical frameworks for the study of disasters, natural and otherwise.  My current book project, The Great Kantō Earthquake and the Science of Disaster intervenes in histories of modern Japan and in histories of science and disaster by arguing, first, that the production and dissemination of scientific knowledge in response to the events of September 1, 1923 constituted one of the key narratives of modern Japan’s experience of catastrophe and reconstruction,  and significantly influenced how average citizens understood what had happened,  why, and how the nation should respond.

Second, the book argues that the tensions implicit in that narrative - between what experts knew and what they could effectively convey to policy makers and the public, for example - continued to confront Japanese scientists and seismologists as they pursued efforts to translate what they had learned about past catastrophes into ideas and language that would inform how the nation thought about natural hazards and risk in the present.  In the quarter century after the Great Kantō Earthquake alone, Japan experienced 25 lethal seismic events;  seven of those left more than 1,000 people dead or missing.  The development of costly earthquake-prediction practices and technologies in the 1970s was one set of responses to these tensions;  what might be thought of as the normalization of catastrophe through the institutionalization of disaster-preparedness and through portrayals of apocalyptic destruction in popular culture, are among the others the book examines.

Third, and finally,  I argue that to trace the legacies of the 1923 earthquake through the 20th and early 21st centuries - as this project does -  is to uncover a history that both sits outside of the usual narratives of the modern era,  and is increasingly relevant to our understanding of how societies (and historians) contend with severe environmental risk.  Climate change is a proximate and perhaps obvious example of a scientifically complex and politically problematic phenomenon that, as Dipesh Chakrabarty suggests, also challenges long-held beliefs about historical understanding and the practice of history.  The Great Kantō Earthquake and the Science of Disaster will, I hope, be part of this ongoing reassessment of how natural and human histories are constructed.

2003 G. Wesley Johnson Prize, National Council on Public History (given for the best article in The Public Historian that volume year)