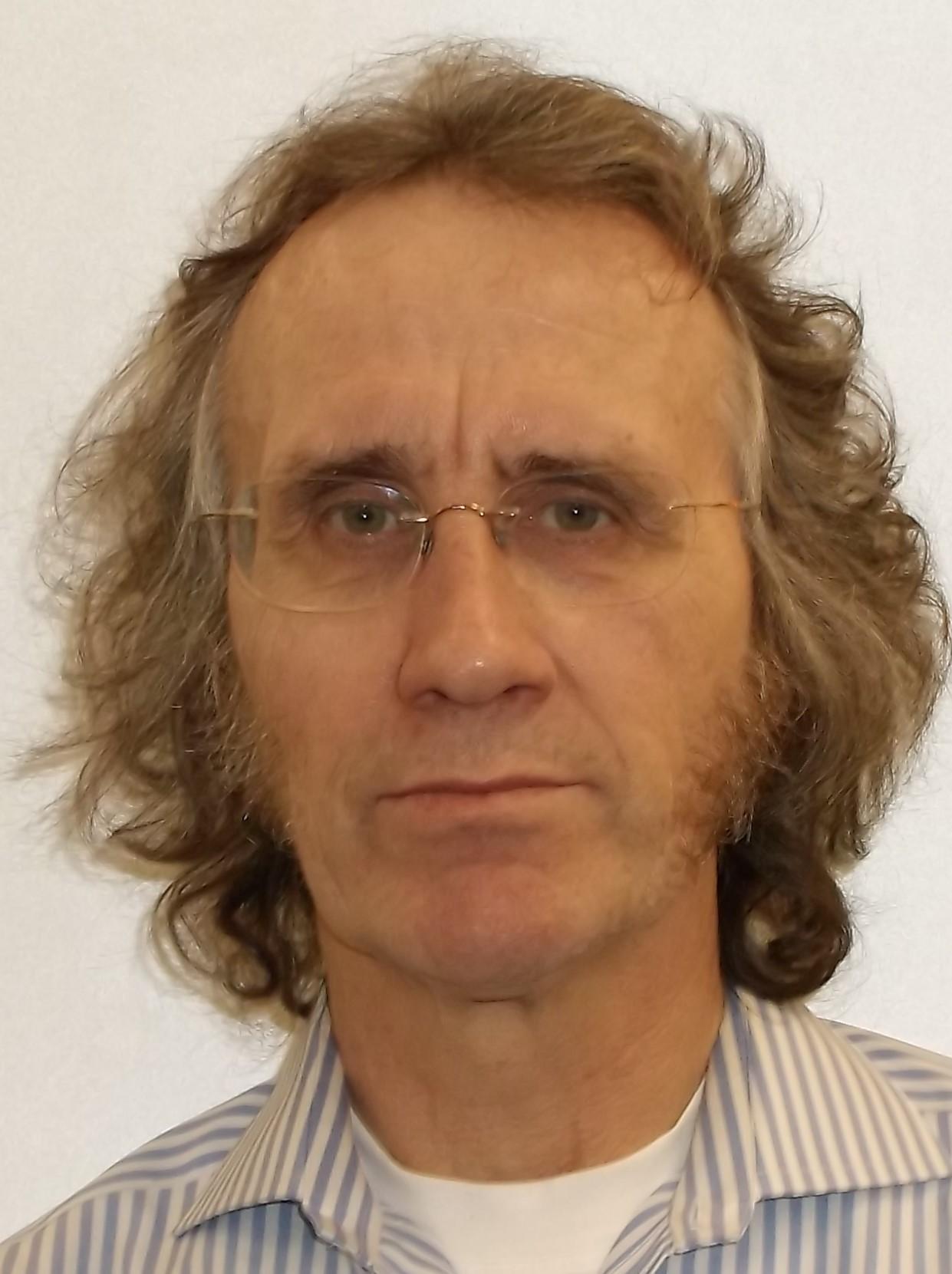 Professor of Egyptology and Assyriology

I was born and grew up in the region of Flanders in Belgium. I studied ancient Greek, Roman, and Near Eastern languages and civilizations at—in chronological order—the Catholic University of Leuven (now KU Leuven, presently the  most innovative university in Europe), the Hebrew Union College in Cincinnati, the Hebrew University of Jerusalem, and the Eberhard-Karls-University in Tübingen. In between Jerusalem and Tübingen, I served for eight months in the Belgian military, some in (West) Germany, and rounded off that year by working and living at a Benedictine abbey in Bruges. From 1985 to 1990, I completed my doctoral studies at Yale, where I also taught as a Senior Lector in Coptic and Syriac (1989–1991). I have authored, or co-authored as editor, eleven books, and have written more than two hundred articles and reviews on topics relating to ancient and medieval manuscripts, languages, and history, with primary focus on ancient Egyptian civilization. Efforts are made to make everything available to all on www. researchgate.net. Stay tuned. My recent book "Prolegomena to the Complete Physical and Mathematical Theory of Rational Human Intelligence in Boolean, Lagrangian, and Maxwellian Mode" is presented as a complete blueprint of Boole's cathedral. It will take a few decades to build the cathedral in its entirety, as cathedrals are wont to, and probably a little if not a lot more to match everything to the precise activity of neurons in the human brain. I have been at Brown since 1991.

I am curious about all aspects of ancient Egypt and its wider Near Eastern and Mediterranean context, but especially the languages and the history of the area. Specific topics of research include the following: Coptic manuscripts; the grammar of all stages of Egyptian; the history of the Egyptian language; language and logic; the digitalization of rational thought and language; chronology, calendrics, astronomy, and heortology; ancient science and mathematics; and probability theory.

Ever since writing a philological and grammatical commentary of a poem by the late Latin author Paulinus of Nola and a history of the study of the verbal system of classical hieroglyphic Egyptian as licentiate theses in Classics and in "Oriental" studies for the University of Leuven (1979, 1981), my research has focused in no small part, though by no means exclusively, on two facets that are fundamental and foundational to the understanding of ancient civilizations, whose heritage has had to be retrieved from oblivion. They are history, especially the branch of chronology, and language.

HISTORY: What really happened? And when?

Chronology provides—along with calendrics and ancient astronomy—the framework of history. Our modern calendar, instituted by Caesar in 45 B.C.E., furnishes a kind of continuity back to the time of its beginning that makes chronology much less of a concern to "A.D." historians than to "B.C." historians. To B.C. historians, just determining the order and dates of events is no small matter.

LANGUAGE: How was what happened expressed?

As for language, the full elucidation of textual materials involves endeavors of many sorts, including the study of manuscript collections and the analysis of the grammatical structure of languages in their synchronic and historical dimensions.

It is worth noting that Egyptian has the longest attested history of any of the world's languages, spanning 4000 years. Five successive stages are distinguished: Old Egyptian, Middle Egyptian, Late Egyptian, Demotic, and Coptic. I have eagerly studied, and written about, all of them. The first four are expressed in hieroglyphic scripts. Coptic is written mainly with the Greek alphabet. Coptic is also by far the most transparent and best known of all the stages. Consequently, the intense study of Coptic can deeply inspire the study of the earlier stages of Egyptian.

The Coptic language as well as Coptic or Christian-Egyptian culture in its Christian-Oriental setting, including the study of Syriac and Arabic, have engaged my attention and interest. The published version of my Yale doctoral dissertation is a two-volume catalogue raisonné (Leuven: Peeters, 1993) of the Coptic collection at the Pierpont Morgan Library in Manhattan. "Pierpont Morgan has often—and justifiably—been referred to," writes the director of the Morgan Library in the foreword to the catalogue, "as the most spectacular collector this country has ever produced. Perhaps the most extraordinary example of this occurred in 1911, when Morgan purchased en bloc most of the ancient Coptic manuscripts which had been discovered . . . on the site of the Monastery of St. Michael near the [Egyptian] village of Hamuli."

I have more recently also turned my attention to the grammar of Demotic. In terms of grammar, Demotic seems to be the least studied of the five stages of Egyptian.

FOUNDATIONS AND STRUCTURE OF HUMAN INTELLIGENCE: This endeavor concerns the digital analysis of rational thought and language and its relation to pure mathematics, especially probability. Some preliminary materials have been made available on the website www.bestthinking.com, at my name.

The project now also contains the beginnings of the construction of a complete electrochemical model of how the brain is wired to think rationally, not the chemical details pertaining to the propagation of electricity in the brain (think action potential, ion channels, cells as tiny batteries, and lots of sodium, calcium, and potassium), in which I cannot claim competence, but the macro-architecture that one needs to look for and that, I believe, will be found. I am still working on one last statement type, the existential sentence, as in "There is such a thing as sh--," a thought mostly expressed in English by the idiom "Sh-- happens." [Update 12/2012: The statement type has now been incorporated in the larger theory. Particularly useful in that regard has been the concept of entropy. It makes for a perfect analogy.]

The second installment in the afore-mentioned series is well underway. But there has been a disruption in the summer of 2013 when the need arose to write a study on the true nature of the prime sequence. This study has now appeared as "The Prime Sequence: Demonstrably Highly Organized While Also Opaque and Incomputable--With Remarks on Riemann's Hypothesis, Partition, Goldbach's Conjecture, Euclid on Primes, Euclid's Fifth Postulate, Wilson's Theorem along with Lagrange's Proof of It and Pascal's Triangle, and Rational Human Intelligence," _Advances in Pure Mathematics_, 4, 400-466 (http://dx.doi.org/10.4236/apm.2014.48051).

Like machine intelligence, rational human intelligence is digital. But the two are digital in entirely different ways. It will therefore be necessary to define exactly how that is. How does human intelligence exactly differ from the basic AND and OR gates and the derived NOR, NAND, and XOR gates?

Quite in general, in recent years, my interest in the phenomenon of language has led to various applications of mathematical logic—including Boolean algebra—to the structure of Egyptian and of languages in general. The aim of these efforts is to increasingly digitalize the analysis of rational thought and language in the footsteps of the inimitable George Boole (1815-1864), the Father of the Digital Age.

In support of this effort, I have recently opened up a new line of publication in pure mathematics. The first article is "The Monty Hall Problem and beyond: Digital-Mathematical and Cognitive Analysis in Boole's Algebra, Including an Extension and Generalization to Related Cases," _Advances in Pure Mathematics_, 1/4 (2011) 136-154 (go to www.scirp.org/journal/apm; http://dx.doi.org/10.4236/apm.2011.14027) on the Monty Hall problem, see now Jason Rosenhouse, The Monty Hall Problem: The Remarkable Story of Math's Most Contentious Brain Teaser, Oxford University Press, 2009). The second article is "Higher Variations of the Monty Hall Problem (3.0, 4.0) and Empirical Definition of the Phenomenon of Mathematics, in Boole's Footsteps, as Something the Brain Does," _Advances in Pure Mathematics_, 2/4 (2012), 243-273 (http://dx.doi.org./10.4236/apm.2012.24034); it contains an appendix by the eminent mathematical statistician Richard D. Gill. A third on the foundations of probability is in preparation. The larger effort at a wholesale mapping of the structure of human intelligence ultimately stands no chance of being either sound or believable without a mathematical component. It has alarmingly appeared that the need may be for an infinity of mathematics articles. In the light of current limitations on the ability to manipulate the human genetic clockwork, it looks as if I will belong to one of the last generations of human beings that will not live forever. Death is on the agenda, it appears. I hope that the perennials that come after me will evaluate my efforts, for what they are worth, in the framework of unstoppable limitations pertaining to the dimension of time.

A branch of mathematics that is of particular relevance to the proposed deeply digital character of rational thought and language is probability theory. It will be useful to reexamine the foundations of probability theory and offer an alternative to the efforts by Andrei Kolmogorov (1903-1987) in his Foundations of the Theory of Probability (1956, second edition, from the German of 1933) to define them. Among the many interesting problems for which new definitions could be proposed is the Law of Large Numbers. Anyone flipping a coin 1000 times will reasonably expect to obtain heads roughly 500 times and tails roughly 500 times. But no one in their right mind would feel entitled to expect tails in a second toss after obtaining heads in a first. Why is that?

It is remarkable how insecure, and on occasion misrepresented, the foundations of probability theory remain even after the numeric pyrotechnics of the formidable De Moivre ((1667-1754) and the most recondite lucubrations of the great Laplace (1749-1827). Inverse probability and conditional probability are of special concern. Other facets remain open to reevaluation. For example, the mathematical analysis of the well-known Birthday Problem in handbooks of probability and statistics remains inadequate.

As regards rational thought and language, I have had the opportunity to present my theory on how the biological brain reasons in 2010 in a lecture at the Korean Institute of Science and Technology Europe (KIST) located on the campus of the University of Saarbruecken, Germany. According to this theory, four digital operations underlie all rational (not emotional) thought and language. The digital code can be presented as four letters, not A C G T as in the genetic code of DNA, but S P A C, and always in that order. What the brain does when it is thinking is to spac, if the neologism is allowed. The brains learns how to spac in grade school or perhaps earlier and the neurons happily keep spacking away for a lifetime.

In this connection, an interesting question to an Egyptologist is whether human thought can be observed to have become slightly more sophisticated in the past 5000 years, as it definitely has since the Neanderthals. I rather believe that it has.

Meanwhile, the cause of Egyptology and Ancient Western Asian Studies must go on. A study entitled "Why Greek Lunar Months Began a Day Later than Egyptian Lunar Months, Both before First Visibility" is concerned with the lunar calendars of Egypt, the Greek world, and Mesopotamia has just appeared and a book entitled "Viva Rosetta! Demotic Grammar in the Twenty-first Century: Problems and Prospects" is nearing completion. The whole world knows the Rosetta Stone. But how many people know that its center portion is inscribed with a language called Demotic? And who cares that Demotic seems to be one of the world's least studied written idioms (especially if one considers that so many Demotic texts are extant) or that it is a stage of a language, Egyptian, whose history is the longest attested of any ever spoken?

The latest of Something Completely Different. Just out (October 2015): _Prolegomena to the Complete Physical and Mathematical Theory of Rational Human Intelligence_, 650 pp. Go to: http://www.scirp.org/book/DetailedInforOfABook.aspx?bookID=2331. This is a republication of the following articles with new frontmatter amounting to about 150 pages. The elaboration of the complete theory is in progress and will require several longer studies. The first step is the mathematical treatment of the so-called fundamental laws of thought.

The latest of Something Completely Different, non-Egyptological, is as follows: