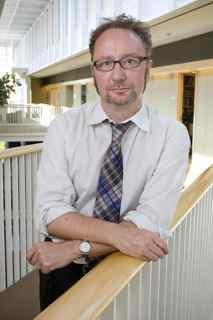 My research interests lie in the of field international and comparative political economy and aims to be as interdisciplinary as possible, drawing from political science, economics, sociology, complexity theory and evolutionary theory. My work falls into several related areas: the politics of ideas, how institutions change, macroeconomic regimes and growth models, and why people believe certain economic ideas despite buckets of evidence to the contrary.

I published, Angrynomics (Columbia University Press) in 2020, which examined the economic stressors and dislocations behind the global surge in populism (with Eric Lonergan). It was named a book of the year by the Financial Times. In 2022 I shall publish, along with Jonas Pontusson and Lucio Bacarro, a multi-autored volume with Oxford University press called The New Politics of Growth and Stagnation. That is, how countries specialize and grow, or fail to grow, in the global economy, and the political coaltions that underpin such models. Prior to these projects I most recently wrote a book called Austerity: The History of a Dangerous Idea (Oxford University Press 2015), which has been translated into 16 languages and was named a best book of the year (economics list) by the Financial Times. I have a continuing interest in the politics of ideas, finance, and European politics and an increasing interst in the distributional politics of climate change.

The Politics of Ideas
Growing up in the UK under Mrs. Thatcher, the politics of ideas, that is, how politics alters peoples' conceptions of what they should want, was always on the TV screen or on the front pages of the newspapers. Yet when I came to grad school in the US, the idea that how people think about the world may matter for how they act in it was treated with deep suspicion (and still is in some quarters). Here, interests - unproblematic, given, and transitive - were the order of the day. I'd like to think that my work has moved the debate along a bit in that regard. A few key publications in this area are:

"Structures do not Come with an Instruction Sheet: Interests, Ideas and Progress in Political Science," Perspectives on Politics 1 (4), December 2003 pp. 695-703.

“Paradigms and Paradox: The Politics of Economics Ideas in Two Moments of Crisis.” Governance, 26 (4) December 2012.

How Institutions Change
Part of my fascination with ideas, apart from trying to understand what made Mrs. Thatcher appealing to millions of people who were made worse off by her policies (if you don't believe me check the UK inequality stats) was a puzzle within the so-called 'new institutionalist' literature in political science, which was all the rage when I was at grad school. Specifically, if people get their preferences from their institutional context, then where do they get the preference to change that context? My answers also have to do with ideas and can be found below.

“Introduction to the Special Issue on the Evolution of Institutions” with Geoffrey M. Hodgson, Orion Lewis, Sven Steinmo, The Journal of Evolutionary Economics, 7 (3) September 2011, pp. 1-17.

“The BRICs and the Washington Consensus: An Introduction,” Special Issue of the Review of International Political Economy, ‘Dreaming with the BRICs,’ 20 (2) April 2013: 241-255 (with Cornel Ban).

How Disciplines Change
Related to my work on how institutions change is a fun sideline on how academic fields change. By this I mean the self-understandings academics have of their own work and how the fields of knowledge they are part of evolve and change over time.

"The State of the Discipline in American Political Science: Be Careful What You Wish For?" British Journal of Politics and International Relations 1 (3) October 1999 pp. 345-365 (with Robin Varghese).

"An Approach to Comparative Analysis, or a Sub-Field Within a Sub-Field? Political Economy," in Mark Lichbach and Alan Zuckerman (eds.), Comparative Politics: Rationality, Culture, and Structure. Cambridge University Press, 2009.

Political Parties
If my work on ideas (and institutions) was an attempt to work out what made Mrs. Thatcher possible, then my work on political parties was my attempt to understand what made Blair, Schroeder and Clinton and the current populist moment possible.

"From Catch all Politics to Cartelization: The Political Economy of the Cartel Party" Western European Politics Vol. 28 (1) January 2005, pp. 34-61 (with Richard S. Katz).


The Politics of Finance (and Governing Complex Systems)
Given the recent global financial crisis there has been an explosion of interest in this area. My interest here is a bit more longstanding.
Following the dot-com burst and the demise of the hedge fund LTCM I became interested in how banks and the like think about risk. And the more I looked into this the more worried I got. I published a piece back in 2003, which suggested that LTCM was just the beginning and that the way banks calculate risk was going to blow up the world. Nothing of the sort happened. And then the world blew up. I am also interested in finance because it's a great example of how humans deal with complex systems - badly.

“What if Most Swans are Black? The Unsettling World of Nassim Taleb” Critical Review, January 2010.

“Print Less but Transfer More: Why Central Banks Should Give Money Directly to the People.” Foreign Affairs, September/October 2014 (with Eric Lonergan).

The Persistence of 'Bad' Economic Ideas

Austerity: The History of a Dangerous Idea (New York: Oxford University Press 2013) which interrogates the return to prominence of the ideas of financial orthodoxy following the global financial crisis. Austerity has been translated into 16 languages.

The Future of the Euro (with Matthias Matthijs) (eds.) with Oxford University Press.

Related to this topic are the following pieces:

How Countries Grow (or fail to do so)

I have most recently become intersted in how globalization encourages different 'growth models' in different places. I have a forthcoming book called The New Politics of Growth and Stagnation (with Lucio Bacaro and Jonas Pontusson (eds.)) coming out in 2022 with Oxford.

“After the Brits Have Gone: How to Turn a Drama into a Crisis that Will Not go to Waste.” The Review of European Economic Policy, 50thAnniversary Issue, Winter 2016.

“Capitalism in Crisis: What Went Wrong and What Comes Next” Foreign Affairs, July/August 2016.

See works listed in prior section.

Recipient of the 2014 Hans-Matthöfer-Preis für Wirtschaftspublizistik, “Wirtschaft. Weiter. Denken,” by the Matthöfer and Friedrich Ebert Foundations, Berlin, Germany, for Austerity: The History of a Dangerous Idea.

Board Member - The JFK Institute at the Free University of Berlin

I teach classes in international and comparative political economy.