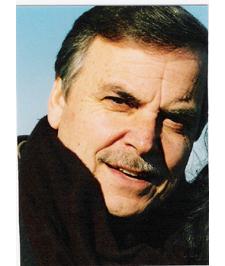 Professor of Portuguese and Brazilian Studies

Onésimo Teotónio Almeida was born in S. Miguel, Azores, in 1946. He graduated from the Portuguese Catholic University, Lisbon, in 1972. He received his MA (1977) and PhD (1980), both in Philosophy, at Brown University, Providence, Rhode Island, where he has been teaching Portuguese Cultural and Intellectual History since 1975, and as a Full Professor since 1991. From 1992 to 2003 he was Chair of the Department of Portuguese and Brazilian Studies. He also teaches a course on Values and Worldviews for the Wayland Collegium, as well as a course for the Center for Early Modern Studies, of which he is a member.

He is the author of more than two hundred essays published in various collective volumes and academic journals, and of hundreds of articles published in newspapers and other periodicals. For many years he was a regular columnist for the literary journal LER. He continues to write regularly for Jornal de Letras, and is a frequent contributor to the Portuguese press in the US and Canada. He was the founder and continues to serve as director, of Gávea-Brown Publications, which publishes English translations of Portuguese literary works and of studies in Portuguese culture. He also founded and is the co-editor of Gávea-Brown, a journal specializing in the recording of the Portuguese experience in North America. He is co-editor of the e-Journal of Portuguese History, a joint-venture by Brown University and the University of Porto, as well as of Pessoa-Plural, a journal on the works and life of Fernando Pessoa. He is a member of the editorial board of several professional journals, as well as a member of various professional organizations, and he is also a co-editor of a book series on Lusophone themes published by Sussex Academic Press, in the United Kingdom. He is co-editor of Bellis Azorica, a book series of Azorean books in translation by Tagus Press / U Massachusetts Press. He was elected member of the Academia Internacional de Cultura Portuguesa, Academia da Marinha, and Academia das Ciêcias, Lisbon.

He has given hundreds of lectures, mostly throughout the United States and Canada, and all over Europe, as well as in Africa and Central and South America.

Since 1979 he has been the host of a bi-monthly socio-cultural talk show (Daqui e da Gente) on the Portuguese Channel, in New Bedford, Massachusetts. Between 2001-2003, he also hosted a weekly talk show ("Onésimo à conversa com..." broadcast by RTP and RTP-International. He was a member of the Board of the Rhode Island Committee for the Humanities from 1995 to 2001, and its Vice-President from 1998 to 2000. He is also a past President of the ACIA (Cultural Association of the Atlantic Islands), and has served as Vice-President of the AIL (Associação Internacional de Lusitanistas). The recipient of various awards, Professor Almeida has received two decorations from two Presidents of Portugal - "Oficial" and Grã-Cruz da Ordem do Infante D. Henrique". He has received an Honorary Degree from the University of Aveiro, Portugal. João M. Brás has just published a volume collecting 42 writings on his scholarly and creative works: Onésimo: Único e Multímodo, who also published a book on his works: Identidade, Valores, Modernidade. O pensamento de Onésimo Teotónio Almeida, 2015). On 2018 the President of Portugal appointed him President of the Honor Commission of the Day of Portugal. As such, he was the keynote speaker during the official ceremonies, a nationally televised event.

Professor Almeida's teaching and research interests include: 1. the intellectual and cultural history of Portugal; 2. Portuguese national identity; 3. science in Portugal in the 15th- and 16th-centuries; 4. Azorean literature and culture; 5. Portuguese-American literature and studies; 6. ideology and worldviews; 7. philosophy and social sciences.

Professor Almeida has taught at Brown since 1975. He has also taught at the New University of Lisbon, the University of the Azores, the University of California Santa Barbara, the University of Massachusetts Dartmouth, and at Providence College, among other institutions.
At Brown, besides his graduate and undergraduate courses in his areas of research (for instance, courses on Fernando Pessoa and On the Dawn o Modernity), he also teaches an interdisciplinary course for juniors and seniors under the title of "On the Shaping of Worldviews". This course addresses the issue of values in the postmodern world. Among the authors read are Nietzsche, Marx, Max Weber, Benjamin Whorf, Kant, Rousseau, and Montaigne.