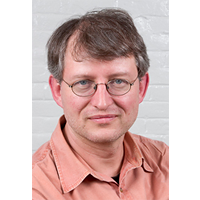 Patrick Heller is a professor of sociology and international studies at Brown University and the director of the Graduate Program in Development at the Watson Institute. His main area of research is the comparative study of social inequality and democratic deepening. He is the author of The Labor of Development: Workers in the Transformation of Capitalism in Kerala, India (Cornell 1999) and co-author of Social Democracy and the Global Periphery (Cambridge 2006). He has published articles on urbanization, comparative democracy, social movements, development policy, civil society and state transformation. His most recent book - Bootstrapping Democracy (Stanford 2011) with Gianpaolo Baiocchi and Marcelo Silva - explores politics and institutional reform in Brazilian municipalities. Heller has also done research on urban transformation in South Africa and built a data base on spatial transformation of the post-apartheid city. He spent 2012-2013 in India doing research on slums and urban citizenship.

Patrick Heller studies how inequality shapes development, urban transformation, democracy and globalization. His work has focused primarily on Brazil, India and South Africa. He has written on a range of topics including democratic deepening, social movements, state transformation and development policy. His work has drawn on extensive fieldwork, survey data and spatial analysis.

Patrick Heller studies development, political sociology, and comparative political economy. He is the author of The Labor of Development (Cornell University Press, 1999) which examines the role of subordinate classes in the transformation to capitalism in the Indian state of Kerala. He has written on a range of topics on India, including democratic consolidation, the politics of economic transformation, social capital and social movements. Most recently, he has conducted fieldwork in South Africa, exploring processes of democratization through case studies of the civics movement and local government re-structuring. He is currently engaged in a long-term project exploring the dynamics of democratic deepening in India, Brazil and South Africa.

2003-2004
World Bank, with Shubham Chaudhuri and Gianpaolo Baiocchi, "An Evaluation of Participatory Budgeting in Brazilian Municipalities" ($105,000)

Salomon Grant, principal investigator, May 2002-present, "Technocrats, Politicians and Civil Society in the Building of the Post-Apartheid City: Democratic Transformation in Durban and Johannesburg" ($10,000)

1999
Institute of Social and Economic Theory and Research, Columbia University, (with Shubham Chaudhuri) awarded $10,000 for seed grant project to assess financial and developmental impact of decentralization in Kerala, India

2003
Barrett Hazeltine citation for outstanding teaching, voted by the class of 2003

University of Durban-Westville:
Department of Social Policy, Globalization and its Implications for South Africa