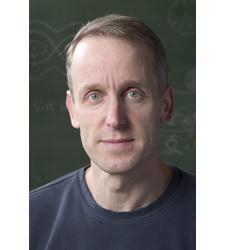 My main interests are in applications of probability and in the control of deterministic and stochastic processes. Tools used are large deviation theory, which explains how rare events occur in random processes, numerical methods such as Markov chain approximations and Monte Carlo simulation, and partial differential equations.

An escape time criterion for queueing networks: Asymptotic risk-sensitive control via differential games (with Rami Atar and Adam Shwartz), Math. of OR., 28, (2003), 801—835.

Large deviations for the empirical measures of reflecting Brownian motion and related constrained processes in IR+ (with A. Budhiraja), Elec. J. of Probab., 8, (2003), 1—46.

A time-reversed representation for the tail probabilities of stationary reflected Brownian motion (with K. Ramanan), Stoch. Proc. and Their Appl., 98, (2002), pp. 253—287.

Convergence of the optimal feedback policies in a numerical method for a class of deterministic optimal control problems (with A. Szpiro), SIAM J. on Control and Opt., 40 (2001) pp. 393—420.

An explicit formula for the solution of certain optimal control problems on domains with corners (with K. Ramanan) an invited paper in the special issue of Probab. Th. and Math. Stat. dedicated to A. Skorokhod 63, (2000), pp. 32—48.

A dynamical systems approach for network oligopolies and variational inequalities, (with A. Nagurney and D. Zhang), Annals of Regional Science 28 (1994), pp. 263—283.

An optimal control formulation and related numerical methods for a problem in shape reconstruction, (with J. Oliensis), The Annals of Applied Probability 4 (1994), pp. 287—346.

Dynamical systems and variational inequalities, (with A. Nagurney), The Annals of Operations Research 44 (1993), pp. 9—42.

On Lipschitz continuity of the solution mapping to the Skorokhod Problem, with applications, (with H. Ishii), Stochastics 35 (1991), pp. 31—62.

Large deviations analysis of some recursive algorithms with state dependent noise, The Annals of Probability 16 (1988), pp. 1509—1536.

Subsolutions of an Isaacs equation and efficient schemes for importance sampling: Convergence analysis (with H. Wang), submitted to Math. of OR.

Refined large deviation asymptotics for the classical occupancy problem (with J. Zhang and P.Whiting), submitted to Method. and Comp. in Applied Probab.

Subsolutions of an Isaacs equation and efficient schemes for importance sampling: Examples and numerics (with H. Wang), submitted to Math. of OR.

Elected Fellow of the Institute for Mathematical Statistics, 2011

Referee and review panel participant for many domestic and foreign funding agencies, including the NSF, ARO, AFOSR, ONR, DOE, NSA, and the Israeli, Italian, Australian, Dutch and Canadian analogues of the NSF.

Co-organizer for a number of conferences/workshops, including an upcoming program at ICERM and the 9th RESIM conference in Trondheim, Norway, June 2012.