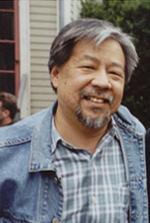 Robert G. Lee (Brown, PhD. History 1980) studies Asian American and Transpacific History.  He has published on Asian Americans, popular culture and racial formations; Asian American displacements and diasporas; and the social and cultural connections between Asia and America. He teaches undergraduate and graduate courses on Asian American and Transpacific history and culture.  In 2014, he was a Fulbright scholar at the Research Institute for the Humanities at the Chinese University of Hong Kong where developed and taught, with Evelyn Hu-Dehart, a graduate seminar on Transpacific History taught in real time between Brown and the Chinese University of Hong Kong. ( Subsequently with the Nanyang University of Technology in Singapore.)  Lee has been active in developing American Studies in China, Hong Kong and Taiwan. He is currently a Fellow at the John Nicholas Brown Center for Public Humanities where he is engaged in a project using vernacular photography in Chinese American history.

I work on vernacular photography and the self representation of Chinese in America in the early to mid-century 20th Century.  I also work on the Transpacific popular culture and social movements including the transmission of food, martial arts and visual cultures.

Orientals was awarded the John Hope Franklin Prize for best book in American Studies, and also received Honorable mention in 1999.

At Brown, Robert G. Lee has taught several undergraduate and graduate-level courses that explore Asian American themes. Some recent courses include "Race, Immigration, and the Law", which examines Asian American struggles against exclusion and how they shaped American definitions of citizenship, race, and constitutional rights; "Asian American History" which focuses on the changing patterns of immigration, labor, community building, and civil rights struggles; "America and the Asian Pacific: A Cultural History", which explores the role of trade, migration and cultural exchange across the Pacific in the shaping of American culture and society; and "Asian American Political Movements to 1970", a research seminar that looks at political movements in Asian immigrant communities in the United States and the Caribbean before the emergence of 'Asian America' in the late 1960s.
With Evelyn Hu-Dehart,  he developed a seminar on Transpacific History that was taught simultaneously in real time between Brown and the Chinese University of Hong Kong.  He and Professor Hu-Dehart subsequently taught the course between Brown and the Nanyang University of Technology in Singapore.
Robert G. Lee also directed honor's theses,independent studies, PhD field exams; and directed or co-directed several Ph.D. dissertations.