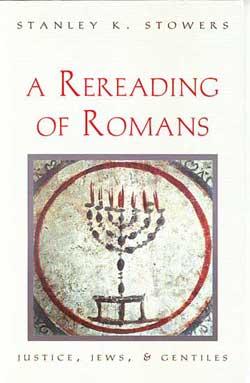 Stanley K. Stowers, Professor of Religious Studies, works in the areas of early Christian history and literature, Hellenistic philosophy and early Christianity, Greek religion, and theory and method in the study of religion. He teaches courses in early Christianity, Greco-Roman religions and has taught the department's required seminars for concentrators and for graduate students on theory and method in the study of religion for many years. He has also taught comparative/critical problems in the history of religions courses such as "Sacrifice and Society," and has co-taught a large comparative literature course, "Secular and Sacred Readings." In addition to serving as department Chair, Stowers served ten years as Director of Graduate Study.


Stowers has authored A Rereading of Romans: Justice, Jews and Gentiles (Yale University Press, 1994), Letter Writing in Greco-Roman Antiquity (Westminster, 1986), The Diatribe and Paul's Letter to the Romans (Scholars Press, 1981) and has published more than thirty articles in books and peer reviewed journals, including a commentary on Fourth Maccabees (Harper's Bible Commentary).


He has given invited lectures at many universities and conferences. He has been a founding member and steering committee member of several program units in the Society of Biblical Literature, including: The Social History of Formative Christianity and Judaism, Hellenistic Moral Philosophy and Early Christianity, Ancient Myths and Modern Theories of Christian Origins; as well as a member of the steering committee of Rhetorical Criticism of the New Testament.

Stanley Stowers works in early Christian history and literature, Hellenistic philosophy and early Christianity, Greek religion, and theory of religion (e. g., "Theorizing Religion of the Household and Family in Greece, Rome and West Asia," "The Concepts of 'Religion,' and 'Political Religion' in the Study of Nazism," Journal of Contemporary History. Books: A Rereading of Romans: Justice, Jews and Gentiles; Letter Writing in Greco-Roman Antiquity; The Diatribe and Paul's Letter to the Romans.