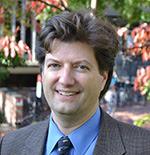 Thomas A. Lewis is Professor of Religious Studies, as well as Co-Deputy Dean and Associate Dean of Academic Affairs in the Graduate School. He has taught previously at the University of Iowa and at Harvard University. He specializes in religious ethics and philosophy of religion in the modern West and has strong interests in methodology in the study of religion. His research examines conceptions of tradition, reason, and authority and their significance for ethical and political thought. His publications include Freedom and Tradition in Hegel: Reconsidering Anthropology, Ethics, and Religion (University of Notre Dame Press, 2005); Religion, Modernity, and Politics in Hegel (Oxford University Press, 2011); Why Philosophy Matters for the Study of Religion--and Vice Versa (Oxford University Press, 2015); and articles on religion and politics, liberation theology, communitarianism, and comparative ethics.

Professor Lewis's current book project is tentatively titled, The Eclipse of Ethical Practices in the Modern West: On the Cultivation of Character in Everyday Life . Much recent work in religious ethics has focused on a purported absence of ethical practices for the formation of good character in modern ethics. Against that narrative, this book will argue that practices of ethical formation have neither gone away nor ceased to be objects of concern: they have migrated to the margins in canonical modern thought. In the wake of the Reformation, these practices have largely become embedded in ordinary life. Accordingly, four sites have taken on particular significance: home, school, work, and church. My project seeks to uncover and argue for the significance of oft-neglected treatments of ethical formation from a decisive moment in Western thought. It thereby sheds new light on the shifting relation of religion and ethics in the last 250 years.

He is also a co-founder, together with Nathaniel Berman (Cogut Center) and Nukhet Sandal (Watson Institute) of Brown's Religion and International Project.

Faculty Fellowship for "Religion, Secularization, and the International," Cogut Center for the Humanities, Brown University, Spring 2012.

Postdoctoral Fellowship. Center for the Study of Religion, Princeton University, 2002-03.

On Being Human: Religious and Philosophical Conceptions of the Self
Religion and Conflict in the Contemporary World
Introduction to Catholicism
Freshman Seminar: Individuality, Community, and Freedom