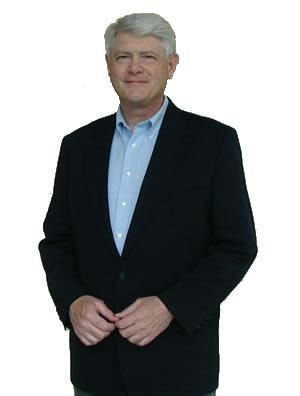 Aerogels that combine the chemistries of silica and bio-derived polymers, such as chitosan have been synthesized in our group with a number of chemical approaches. In one key direction, we have shown that molecules can be transported through the aerogel structure and react selectively at chitosan sites to provide attached species. These attachments functionalize the aerogels for further interactions with light, with functional fluids, and with surfaces. Further, metal-containing ions can be attached to coordination sites of the chitosan, and they can respond to light, to reactive gaseous species and to absorbed liquids to form Au, other metal nanoparticles, and their compounds.

Certain naturally derived polymers can coordinate to transition metal ions to form structures which result in modifying the physical state, as through gelation, or the chemical reactivity, especially by coordinative chemistry or oxidative degradation, of these polymers or ions. Such studies have been carried out with chitosan, carrageenan, and related systems. One focus was on the formation of biopolymer / silica areogels containing transition metal and lanthanide metal ions. The biopolymer serves both to help to form the hybrid composite structure and to provide functional coordination sites for the metal ions. The catalytic and optical properties of these novel high surface area materials have been studied.

Chemical and Physical Properties of Ionomers

Ionomers are polymers with ionic sites that have been reacted with counterions. They can serve as supported metal catalysts. Research is designed to isolate metal ions in ionomer-based supports, and react them with small molecules to form model chemisorption species.  This program concerned the formation of novel optical materials in which lanthanide species are incorporated in organic ionomer structures or in new types of siloxanes or germanosiloxane ionomers. It included the synthesis and characterization of the host inorganic polymers, their photocrosslinking reactions, and their conversion to glass structures. These glass structures are designed for planar waveguide, microlens, and other applications in optical computing or communications.

Ionomer chemistry has long interested our group, and a particular focus is on polyurethane ionomers. We have developed a new synthetic method that leads to ionomers with significantly different properties than those attained by earlier methods. Thus, for example, the materials can be stronger and have the temperature dependence of their mechanical moduli be minimized due to the molecular structures achieved by this method. The temperature dependences of the moduli of a zinc polyurethane ionomer ( Zn-PUI ) made by the new method and of one with same composition made by the old method are compared. The nature of the molecular structures and the nanoscale morphology that lead to this difference are under study. In this work, it also was discovered that these ionomers promote molecular-level blending of various types of ionomers, including ethylene-methacrylic acid ionomers. The controlled introduction of metal ions by this method made it possible to investigate the reaction chemistry of transition metal-PUI systems.

Ionomers such as Nafions, members of a class of perfluorosulfonic acid materials made by Du Pont, are used in low temperature fuel cells. They act as proton-transporting membranes, and they are involved with catalysts and electrodes in the dissociation and electrochemistry of the oxidant ( O2 ) and fuel ( e.g. H2 ). In our laboratory, work on the chemical composition of the near-surface region of ionomer membranes lead to discovery of electrochemical means to modify the surface morphology of the membrane and a metal coated catalytic region. It also lead to discovery of metal-containing dendritic structures inside the surface of a membrane, and this opened a new approach to fuel cell development.

Amorphous inorganic materials exhibit properties with many potential applications, ranging from optical communications to ion-transport in electrochemical systems and metallic waste storage, but many traditional methods for studying bonding and structures cannot be used on them. Moreover, the intervention of stable crystalline phases and other thermodynamic phenomena sometimes makes it impossible to prepare glasses with compositions required for these applications. Synthetic and spectroscopic methods were used to form and characterize new materials, including sol-gel approaches. As they are formed the materials evolve through long-lived metastable states, whose properties and transitions were studied thermally and spectroscopically. Studying the way ions move in glasses, glass structures and their relationship to their crystallization, ionic conductivity, and mechanical and optical properties were investigated by infrared, laser Raman, and theoretical techniques.