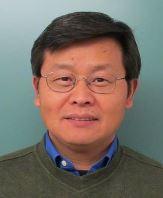 Professor Ling has been a Fellow of the American Physical Society since 2005.  He joined the faculty of Brown University in 1996. A 1984 graduate of Wuhan University, China, he received his M.S. from the Chinese Academy of Sciences in 1987 and his Ph.D. from the University of Connecticut in 1992. He has done postdoctoral research at Yale University (1992-1994) and the NEC Research Institute at Princeton (1994-1996). He was a visiting professor at Delft University of Technology in the Netherlands from 2002-2003 and a guest professor at Wuhan University from 2002-2005, a China Thousand-Talent Plan (千人计划) Visiting Professor at Southeast University (Nanjing) from 2015-2018. During 2018-2021, Prof. Ling will be a visiting professor (and was the founding director for the Institute for Advanced Study from Jan.2018-Jan.2019) at Soochow University in Suzhou, China.  Professor Ling received a Research Innovation Award from the Research Corporation in 1998, and he was an A.P. Sloan Fellow from 1998-2001 and a J.S. Guggenheim Fellow from 2002-2003.

Colloid Physics: My group has done important work in colloidal defects, and driven dynamics in disordered colloid. I plan to start a new 2D colloidal glass experiment at Brown in collaboration with Dr. Huaguang Wang and Prof. Zexin Zhang of Soochow University.  A new graduate student is welcome.

Nanobiophysics:  Recent outbreak of coronavirus in my hometown of Wuhan is forcing me to rethink my research in nanobioscience.  I will update on this topic once I have a better idea on what I can contribute in this field.

Quantum Physics of Matter: I have developed a new interest in the possible quantum spin liquid phase in the alpha phase of RuCl3.  I plan to develop novel ac magnetic susceptibility system to probe this new state of matter.  This experiment is being conducted in collaboration with Prof. Plumb at Brown.

Superconducting Wire Networks: At f=1/2, one flux quantum for every two plaquates, a square Nb wire network posseses U(1) and Z2 broken symmetries.  There is a longstanding debate as to whether there are two phase transitions, a Kosterlitz-Thouless and an Ising, or a single transition of a new universality class.  Last couple years there are new numerical studies suggest the single phase transition scenario.  This past summer, we collaborated with Soochow University to fabricate a set of Nb wire networks using the state of the art microfabrication facility in the Suzhou Institute for Nanoscience of the Chinese Academy of Sciences.  Now I'm looking for a graduate student at Brown to join me to launch the experiment in Barus-Holley.

A 2D periodic Nb wire network in a perpendicular magnetic field is a realization of frustrated X-Y models:(1) At f=1/2, the system has both broken U(1) and Z2 symmetries, as such we expect both Kosterlitz-Thouless and Ising transitions.  The question was whether the two transitions occur at the same temperature.  My experiment at NEC (with S. Bhattacharya and P.M. Chaikin) showed that the two occur at the same temperature. (2) At f=2/5, the theory predicted a first-order transition; At f=0.618, the theory predicted no transition.  My experiment showed that in both cases the system exhibits the features of a continuous transition.

I'm currently looking for a graduate student at Brown to re-launch this project.

2D colloids provide a convenient model system for studying defects and order in condensed matter physics.  We pioneered the method of using optical tweezers to create point defects in a 2D colloidal crystal and taking advantage of the fact that in 2D, point defects can be thermally excited into dislocation pairs, which are topological defects.  We were able to observe for the first time the famous "Peierls barrier" proposed by Rudolf Peierls 70 years ago but was never observed in a real experiment.  We also carried out a random pinning experiment in which we realized experimentally a "2D solid in random pinning potentials" which was extensively theorized.  We showed that the quasi-long-range order (QLRO) of a 2D crystal is destroyed by random pinning, and the system behaves as a "pinned liquid".  Upon application of a driving force, instead of depin the system from the random potential, thereby causing the system to re-crystalize, we found that the system exhibits the classic thermally activated creep phenomena, i.e. a slow liquid.

Vortex lines in type-II superconductors form a condensed matter system with long-range order in competition with random potentials.  In 1991, while being a graduate student with Prof. J.I. Budnick, I discovered the so-called "peak effect" in high-Tc superconductors.  This peak effect was ultimately proven, first by our group at Brown (S.R. Park, et al., using smal angle neutron scattering in collaboration with J. Lynn at NIST),  to be a genuine phase transition between a topologically ordered "Bragg glass" and a disordered phase.  The topologically ordered 3D Bragg glass phase is reminiscent of the QLRO discovered by J.M. Kosterlitz and D.J. Thouless in 2D X-Y model and Haldane's in 1D quantum spin chain models, it was long thought not possible due to a well-known and powerful Larkin-Imry-Ma theorem which states that any system, below 4D, with broken continuous symmetry cannot have LRO with any amount of random fields. It turns out that, like the Mermin-Wagner theorem for 2D X-Y, the Larkin-Imry-Ma theorem cannot be applied simply to the destruction of the topological order in a 3D vortex-line lattice.

I have a renewed interested in the vortex phase diagram, this time in the newly discovered topological superconductors.

NbTi wires are dirty type-II superconductors.  In a strong magnetic field, the vortex phase is that of a vortex glass, a structurally disordered vortex lines phase with divergent activation barrier for vortex creep.  The Fisher-Fisher-Huse theory of vortex glass implied that for a finite-size system, there should be ohmic resistance determined by the sample size, which indeed was observed in our experiment. (I was a postdoc under Professor D.E. Prober at Yale University where this work was finished.)

NbTi tube provides an excellent system for studying vortex avalanches in the Bean critical state.  The question was whether such a system exhibits the "self-organized criticality" proposed in the famous Bak-Tang-Wiesenfeld sandpile model since we can make the system thermally stable and vortices are known to have no inertia effects (the real sand particles do).  Stuart Field (at Michigan at the time, now at Colorado State) and I (at Yale at the time) joined the forces in making the experiment successful (I made the NbTi tube sample at Yale and his student Jeff Witt built the amplifier, the measurements were done at Michigan).

After a sabbatical leave at Delft in the 02-03 academic year, I ventured into the field of nanopore DNA sequencing.  I was intrigued by the proposal by John Kasianowiz and coworkers that one may use electrical current variations of a nanopore during DNA translocation (linear motion) to sequence a DNA.  After more than a decade spent in studying this problem, I came to the realization that in order for us to develop a DNA sequencing technology without polymerase, we need to develop a nanopore device capable of two key functions of a DNA polymerase: suppression of diffusion and base discrimination beyond equilibrium thermodynamics, i.e. kinetic proofreading.  Currently I'm pausing this line of research at Brown.

I teach both undergraduate and graduate levels courses.