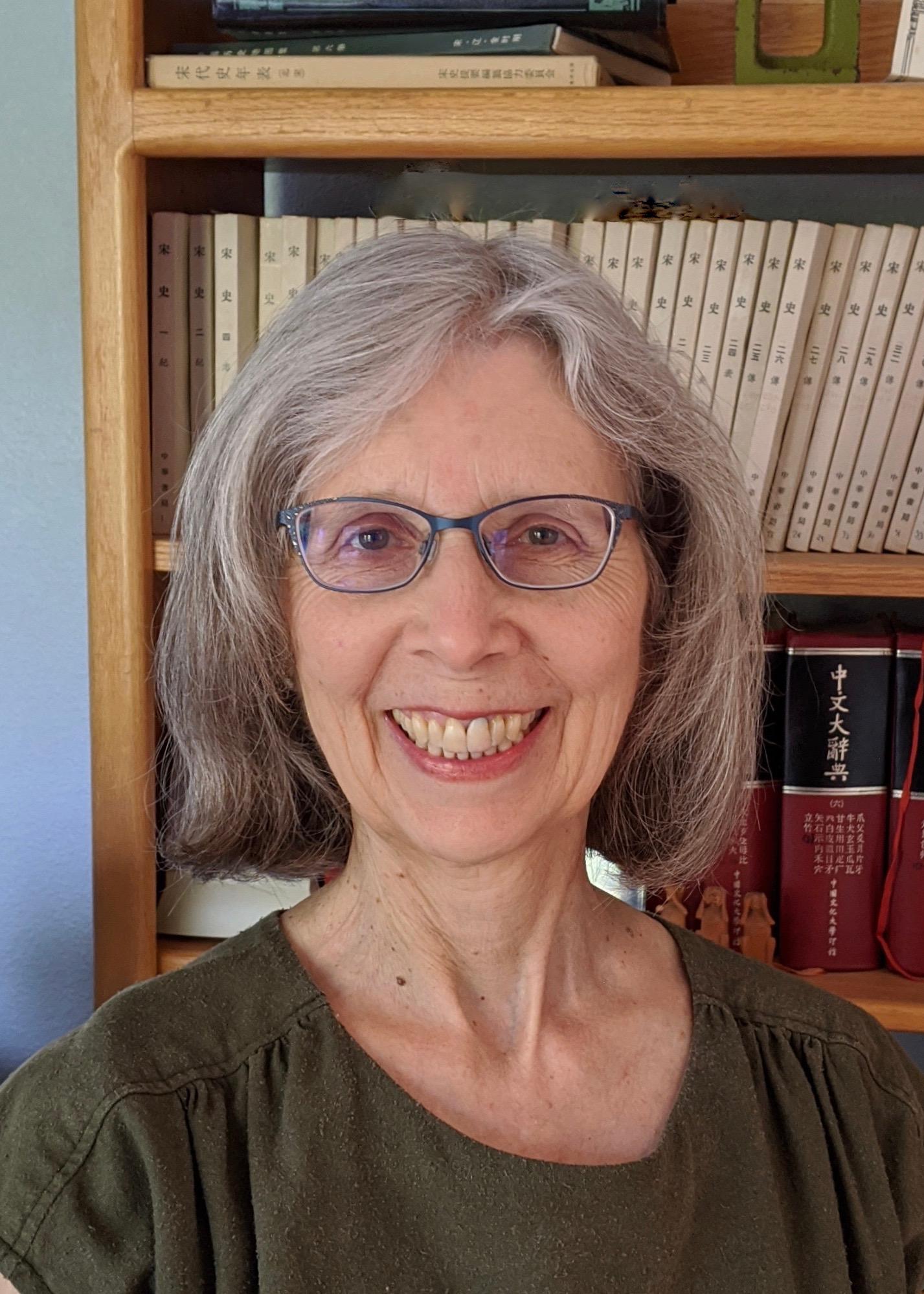 Beverly Bossler (PhD, University of California, Berkeley; A.B., Princeton University) studies the social, intellectual, and gender history of “middle period” China: the Tang, Song, and Yuan dynasties. Her first book, Powerful Relations: Kinship, Status, and the State in Sung China (960-1279), examined the ways that kinship and family relationships shaped political status and social position in the Song dynasty. It has been published in Chinese as Quan li guan xi: Song dai Zhongguo de jia zu, di wei, yu guo jia 权力关系:宋代中国的家族、地位与国家. Her second monograph, Courtesans, Concubines, and the Cult of Female Fidelity, traced the interaction of gender relations and developments in economic, social, and moral philosophy from the late Tang into the Yuan dynasties. Bossler is also the editor of a volume of articles on gender in late imperial and modern China, Gender and Chinese History: Transformative Encounters (University of Washington Press). Her most recent research focuses on the ways that patronage practices impacted social life in the Tang and Song dynasties.  Prior to taking up her current position at Brown, Bossler taught at Connecticut College and (for more than two decades) at University of California, Davis. At Brown she looks forward to teaching classes on Tang-Song history and on gender and family in imperial China.

Within the wider field of social history, I have been fascinated especially by the ways that family and gender relations impact social change, and vice versa. My two monographs on this topic both served to challenge major historical narratives in the field. Powerful Relations, Kinship, Family, and the State in Sung China (960-1279) (Council on East Asian Studies, Harvard, 1991) took issue with the well-known “Hartwell-Hymes thesis” that posited a dramatic shift in the nature and strategies of the Song elite between the Northern (960-1126) and Southern Song (1127-1279). By tracing the kinship networks and career paths of two differently constituted sets of families over several centuries, Powerful Relations demonstrated that the more important break in the social origins, values, and family practices of the Chinese elite took place well prior to the Song dynasty. The book revealed that the apparently new phenomenon of “localism” in the Song resulted not from a sudden shift in elite strategies, but a rather from the deployment of the same strategies in a changed geo-political environment.

Courtesans, Concubines, and the Cult of Female Fidelity (Harvard University Asia Center, 2013) took advantage of the new availability of electronic databases to uncover the widespread popularity of female entertainment among the Song elite, and to trace the effects of that popularity on gender relations and the Chinese family system. The book shows how the desire for female entertainments led, by early Southern Song, to a fad for entertainer-concubines among the elite. Among a number of important revisions to the existing historiography, the book demonstrates that the much-vaunted Song Neo-Confucian demand for widow fidelity (especially the injunction that widows not remarry) was not strongly expressed until late in the dynasty. Even then, the demand for fidelity was driven not by an abstract moral imperative but by distress (especially on the part of the moralist Zhu Xi) over the disruptions to family relationships caused by the widespread adoption of concubines. Moreover, the book shows that the increasing popularity of the (in)famous “fidelity cult” in the Yuan and after did not result from the influence of moral philosophers (as long supposed): rather, the cultural valorization of female fidelity was a complicated response to chagrin at the failures of male loyalty at the fall of the Northern and Southern Song, and especially to the social and economic advantages (including tax exemptions and other benefits) that accrued to the menfolk of “faithful women” (jie fu) in the late Song and Yuan. Taken together, my work has shown that paying attention to gender relations (and to the kinds of non-standard sources where gender relations are visible) significantly revises our view of the Chinese past. My edited volume,  Gender and Chinese History, Transformative Encounters (University of Washington, 2015) likeswise brings together research by both leading and up-coming scholars to consider the ways that the study of gender changes our understanding of Chinese history.

More recently, my time has been devoted to two book-length projects. The first is a general survey of gender relations in Imperial China, aimed at non-specialists. The second is a study exploring the shifting meanings of patronage from the Tang to Song dynasties. Where patronage in the Tang and early Song was largely political, over the course of the Southern Song it frequently became economic. Through rituals of gift exchange and the practice of keeping “guests” (ke) or retainers, impoverished literati came often to be supported by wealthier elites.

Bossler’s research has been supported by the National Endowment for the Humanities, the American Council of Learned Societies (funding from the Luce and Chiang Ching-kuo foundations), and by University of California President’s Fellowships in the Humanities. She has held scholarly residencies at the National Institute for Advanced Humanistic Studies, Fudan University, Shanghai; at Dongwu University in Taiwan; and at Osaka University in Japan.