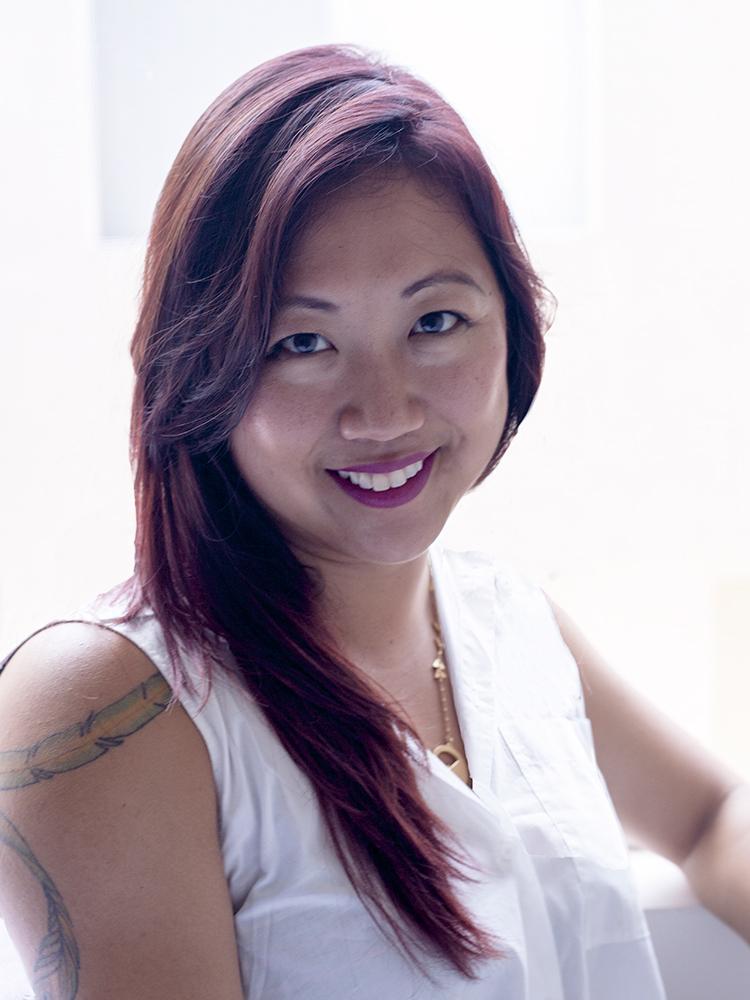 During the 2019-2020 academic year, Shih was an ACLS Luce Postdoctoral Fellow in China Studies and conducted research for her project on "Belt and Road Borderlands: Building the Periphery on the China-Myanmar Border." Two op-eds about this research appear in: Myanmar Times and Al Jazeera.

Shih serves on the editorial boards for The Anti-Trafficking Review, a peer-reviewed journal of the Global Alliance to Combat Traffic in Women, and openDemocracy's Beyond Trafficking and Slavery op-ed platform. In 2016, Shih was named a visiting faculty fellow in Human Trafficking at Yale University's Gilder Lehrman Center for the Study of Slavery, Resistance, and Abolition, where she is a member of the Human Trafficking working group (2017-2019). Since 2016, she has served on the Board of Directors for the Providence Youth Student Movement, and in 2018 was appointed to the Rhode Island State Advisory Committee to the US Commission on Civil Rights.

Shih earned a PhD in Sociology from UCLA, and BA in Asian Studies and Women's Studies from Pomona College.

My book manuscript in progress, "Manufacturing Freedom: Rescue, Rehabilitation and the Slave Free Good," is a multi-sited and global ethnography based off 40 months of fieldwork on efforts to combat human trafficking in Beijing, Bangkok and Los Angeles. Drawing on fieldwork as a participant action researcher with faith-based and secular social movement organizations--ranging from grassroots evangelical Christian missionary projects, to sex worker rights cooperatives, to the United Nations Inter-Agency Project on Human Trafficking--this book explores the mobilization of rights and morality in between the state and the market in the contemporary movement against human trafficking.

This work is inspired by transnational feminist scholarship, and brings these frameworks to bear on political and economic sociology. Concerned with hierarchies of race, class, and gendered inequality between social movement actors in the Global North and their alleged subjects in the Global South, the book argues that despite obvious differences across political economic regimes and ideological orientations of anti-trafficking movement organizations, contemporary anti-trafficking efforts reproduce women's global subordination at both the discursive and labor process levels. This research is pivotal for understanding how transnational social movements are successful according to their stated objectives and for people they intend to serve.

Ethnicity and Global Capital on the China-Burma Border

My ongoing second research project is interested in the effects of China’s booming global economic progress on young ethnic minority people living on the China-Burma border. Ethnic minority communities in Ruili City, Yunnan Province are geographically and ethnically disenfranchised due to their isolation from China’s economic hubs and state policies that offer structural benefits and systemic advantages for Han majority citizens. Due to its location just above the Golden Triangle, linking opium-producing areas in Vietnam, Laos, Thailand and Myanmar, Ruili was an ideal entry point for heroin distribution through China to other parts of the world. Lacking economic opportunities for income generation, many ethnic minority persons in Yunnan turned to the illegal heroin trade and were often paid in the heroin they trafficked. Concurrently, a public health crisis emerged in 1989, when Ruili was documented as the city where the first cases of HIV were discovered in China. The effects of intravenous drug use, incarceration, and outward migration have been most heavily experienced but Ruili’s “left behind youth.”

My research is interested in the paradoxically parallel tracks of capital investment and ethnic conflict in the area, and how these impact youth living across these borderlands. In 2006, the United Nations initiated a global capital investment campaign to fund a multi-billion dollar railway project linking China and Southeast Asia. This infrastructural project has brought new money and new mobility into ethnic minority communities on the China-Burma border. Through my teaching, ongoing public humanities projects, and further research, this second project will look at the shifting meanings of ethnic identity in the face of global expansion and connectivity. Understood within a transnational Ethnic Studies framework, I hope this project contributes to the transnationalization of American Studies through its exploration of how race and ethnicity are mobilized and understood in global contexts—and specifically global contexts that are tied to the US through capital, infrastructural, and geopolitical investments.

Two op-eds about her current research appear in: Myanmar Times and Al Jazeera.

As a Faculty Fellow at Brown’s Center for the Study of Slavery and Justice, I direct a human trafficking research cluster that organizes programming to attract interdisciplinary interest and to increase collaborative critical inquiry into the study of human trafficking. This includes organizing a monthly visitor speaker series, planning an annual day-long conference held each Spring, and leading undergraduate and graduate students through community based research projects related to human trafficking.

“Policing Modern Day Slavery: Sex Work and Exploitation in Rhode Island,” is a community based research partnership with Bella Robinson, Executive Director of COYOTE Rhode Island, the state’s first sex worker rights organization. Prior to 2009, Rhode Island was one of just two states in the US to have legalized indoor prostitution, and in 2009, due to heightened pressure from anti-trafficking advocacy groups, the state re-criminalized prostitution in the name of protecting victims of sex trafficking. Rhode Island provides a unique test case to interrogate the efficacy of legal initiatives to combat modern day slavery within the frameworks of labor exploitation, critical modern day slavery studies, and carceral feminism. This study takes race, class, and policing seriously in its interrogation of efforts to combat modern day slavery and asks: how have contemporary anti-trafficking efforts generated new forms of policing, how do they build off existing policing of racial minority and immigrant communities, and how has re-criminalization impacted the levels of violence and exploitation that sex workers experience?

‘Not in My Backyard’: Carceral Vigilantism Outside the State in the Anti-Human Trafficking Movement.” American Studies Association, Panel on Global Strategies for Sexual Justice, Los Angeles, CA November 2014.

2019: The Hazeltine Citation for Excellence in Teaching

2017: Comfort and Urry Prize for Excellence in Advising

2015-2018: Brown University Center for the Study of Slavery and Justice, Faculty Fellow

This January 2017 Wintersession course will explore three dimensions of market-based solutions to global humanitarian problems in Thailand, ultimately interested in benefits, opportunities, constraints, and/or unintended consequences that global humanitarianism may have. Students will spend one week of intensive study in Providence reading literature on the political economy of development in Thailand, as well as scholarship on critical humanitarianism and industrial complexes around the world. Weeks 2 and 3 will take place in Thailand, first in Bangkok, where students acclimate to life in the capital city, and next in Chiang Mai, where students explore life in a smaller city close to the Burmese border, which is still a hub for different forms of global activism.

My lecture course, “The Anti-Trafficking Savior Complex: Saints, Sinners and Modern Day Slavery,” encourages students to understand the mechanisms that drive human trafficking, along with their humanitarian responses, in dialogue with Teju Cole's "White Savior Industrial Complex" and Carol Leigh's work on the "Anti-Trafficking Industrial Complex." Modern-Day Abolitionism has been critiqued for creating a human trafficking “rescue industry” (Agustín 2007) and this course considers race and power inequalities across various anti-trafficking projects. Rather than focus on victims of human trafficking as prevalent accounts tend to do, this course de-centers anti-trafficking narratives by focusing on saviors, and how the intersections of race, class, gender, and nation privilege and power undergird in contemporary humanitarian efforts. The course covers a variety of intersectional concepts ranging from: rehabilitation regimes of labor training, sexual humanitarianism, carceral feminism, ethical consumption, the non-profit, and prison industrial complexes.

My lecture course, “Global China: Forces, Flows, and Frictions” focused on how economic modernization, ethnic disenfranchisement, heroin trafficking, outward migration, and HIV epidemic converge on the lives of youth living on the China-Burma border. The final class project was an exhibition of youth artwork produced by the Songzha Art Project, a community-based arts organization that offers no-cost public art education to ethnic minority youth living in Ruili City, China and internally displaced persons camps in the Kachin State, Myanmar. A digital exhibition of art work and student essays from the course are currently available through a digital exhibition space online (https://globalchinaexbt.wordpress.com). The exhibition will be paired with a seminar that invites Burmese and ethnic minority scholars from China, to share their work in US contexts. Funding for the conference and participant travel has been secured by the China Initiative at Brown University’s Watson Institute for International Studies.