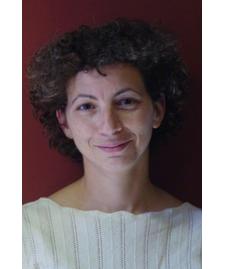 Katz is the author of Impressionist Subjects; Gender, Interiority, and Modernist Fiction in England (U Illinois Press, 2000), as well as  articles on twentieth-century fiction and literary journalism. She is now at work on a book entitled City Memories: Modernism and Urban Time in New York City. She holds a courtesy appointment in the Urban Studies Program.

Tamar Katz has research interests in twentieth-century literature, with a focus on modernism, urban literature, memory, temporality, and gender studies.

She is currently working on a book project entitled City Memories: Modernism and Urban Time in New York City. This book focuses on writing about New York City to rethink modernism's association of urban culture with the new. It analyzes early-twentieth-century representations of public spaces and memory, finding ways the city has been defined through loss and the movement backward in time. Chapters include "Urban Nostalgia and the Historical Novel," "Photographic Documentary and the City," "Mobility, Time, and the Segregated City in the New Negro Renaissance," "Crossing into the Nation: Immigrant Neighborhoods and Americanization," and "Anecdotal History: Mid-Century Journalism and the Anecdote."

Professor Katz teaches courses on twentieth-century and contemporary literature, the city and literature, and gender studies.