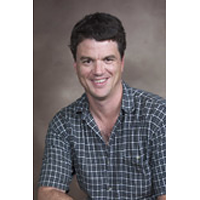 My research has focused on meta-ethics , and as secondary focuses decision theory , rationality and practical reason , and ethical theory .

In meta-ethics I've published articles on moral relativism, on the supervenience of the moral on the non-moral, and on the problems of expressivism. In decision theory I have written on infinite utility, and on the contribution that decision theory can make to the theory of practical rationality and to ethics. I've published papers on what makes preferences rational and on how reasons depend on the agent's state of mind. My best-known work in ethical theory is about the structures of moral theories, especially on how theories can treat agent neutrality and agent centeredness. I've written papers that link all of these subjects as well.

I received $16,000 (Aus.) from the Australian National University (ANU) in 2003, in the form of a John Harsanyi Fellowship to provide partial support for my stay at the ANU Research School of Social Sciences.

"Decision Theory and Morality", in the Oxford Handbook Rat., 2004.

"Gibbard and Moore," in Southern Journal of Philosophy (supplement) 2002.

"The Expressivist Circle: Invoking Norms in the Explanation of Normative Judgment," Philosophy and Phenomenlogical Research, 45:1, 136-143.

"Rational Preference: Decision Theory as a Theory of Practical Rationality," Theory and Decision 40:3: 249-76.

"Pettit on Preference for Properties and Prospects", forthcoming in Philosophical Studies.

"The Supervenience Argument against Moral Realism," Southern J. of Philosophy, 30: 13-38.

On the board of editors for these periodicals: