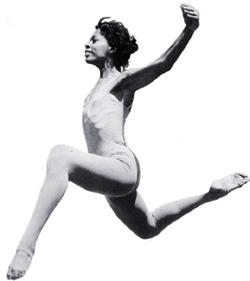 Julie Adams Strandberg is a dancer, educator, and scholar. The four primary goals of Strandberg’s research and programs are: to provide dancers with holistic, multi-faceted ways in which to be artists in our culture; to advocate for the inclusion of the arts, and particularly dance, in the education of  EVERY child; and to develop and design materials and programs that provide broad access to dance as an art form to all persons, including pre-professional and professional dancers; students in grades K-university; neurodiverse populations, and the general public. The inclusion of persons with Parkinson’s disease, autism and other cognitive and physical challenges, often denied access to the arts, is consistent with Strandberg’s mission.

Her work is informed by over 50 years experience as a choreographer and performer; as a pioneer in arts education and community engagement; and as an arts administrator and producer.

She is distinguished senior lecturer at Brown University, founding director of dance in the University’s Department of Theatre Arts and Performance Studies, co-founder of Dancing Legacy with her sister Carolyn Adams, co-founder of Artists and Scientist as Partners (ASaP) with Rachel Balaban; and consultant for The Miracle Project®-New England (TMP®-NE) - https://www.themiracleprojectnewengland.org/


She holds a BA from Cornell University and an MS from Bank Street College of Education.  In 2020, she was awarded the Rosenberger Medal by Brown University -- the highest medal given by the faculty for “specially notable or beneficial achievement.”

When she isn’t dancing, she enjoys family adventures with her husband Josiah, daughters Laura and Marie, son-in-law William, and grandsons Andrew and Jackson.

Through the American Dance Legacy Initiative (ADLI), I develop repertory, documentaries, curricular materials, and programs on American Dance. These resources provide students, educators, scholars, and the general public with ongoing access to dance masterworks and dance artists. I am interested in American dance as it reflects the inherent multi-culturalism of the United States and the role of dance in the K-University curricula. I direct musicals, produce concerts and festivals, and have choreographed over 40 works for professional and college dance companies.

Through Artists and Scientists as Partners (ASaP) I develop educational programs on the topic of arts and health. I work with both medical and arts practitioners to foster creative, integrative health practices and design courses that engage Brown students in intergrative scholarship.

The American Dance Legacy Initiative is dedicated to enabling all individuals to participate, as primary collaborators, in the creation and perpetuation of America's dance heritage. The Institute fulfills its mission by developing interactive materials, including the unique Repertory Etudes, short dances based on signature works of American choreographers. Repertory Etudes are available to the public for study, viewing, and performance on an ongoing basis with no royalties and minimal restrictions. The Initiative also conducts a range of access and education programs that emphasize hands-on experiences and provide an environment where people can share common knowledge around the Institute's resources and programs.

To date, Initiative materials and programs have reached 39 states, the District of Columbia, and 9 countries. These materials include documentaries on American dance masterworks, Repertory Etudes, and research based educational materials for the kindergarten through university curricula. The Institute currently includes materials on 13 individual artists and the Dancing Rebels Anthology: Celebrating the pioneering artists who gathered in the 1930s, 40s, and 50s as the New Dance Group. In 2005 she curated The Dancing Rebels Exhibit at the National Museum of Dance in Saratoga Springs, N.Y. The installation includes archival photographs, original costumes, and excerpts from Institute documentaries.

For more information, visit the Initiative's website at www.adli.us.

Artists and Scientists as Partners (ASaP) develops educational programs on the topic of arts and health to foster creative, integrative health practices and design courses that engage Brown students in intergrative scholarship. Through ASaP I present Symposia, teach undergraduate courses, and teach courses in the William Alpert Medical School.

For more information, visit the ASaP website at http://www.asap-brown.org/

DIRECTING
"The Life and Times of Joseph Beuys," - Rhode Island School of Design, 1994
"West Side Story," Brown University Theatre, 1993
"Tabou: Parisian Cabarets and Cellers in the 1950's and 60's" - Rhode Island School of Design, 1992
"A Little Night Music," Brown University, 1986
"Santa Claus and The Unicorn," an original musical production of the Harlem Dance Foundation, annually since 1976
"Shades of the Cotton Club," Co-producer, performer 1983

"Exploring Issues of Access, Education and Preservation Through The Prism of Dance" (with Carolyn Adams), Arts Education Policy Review, Fall, 2000

"Dancing Through The Curriculum: a guide to dance videotapes curated by and for teachers to enrich the school curriculum" (with Carolyn Adams) 1997

"American Education and The Arts: A Balancing of Visions for Cultural Transformation" (with Carolyn Adams) 1993

"Arts in Education; Courtship or Kinship" (with Carolyn Adams) UPDATE, the journal of Dance USA, 1987

Preserve,Inc/Michael Sherker Award for Excellence in the Presevation and Documentation of Dance awarded to the American Dance Legacy Institute-1998

Included in Directory of Distinguished Americans since 1983

Named to Foremost Women of the Twentieth Century, 1984

Selected as one of the 350 outstanding citizens of Providence in commemoration of the city's 350th anniversary celebration, 1986.

Dance Alliance Legacy Award and a Citizen Citation from the City of Providence in recognition of innovation, generosity, wisdom and artistry and for a profound understanding of the importance of the arts and ongoing efforts to promote and advance standards of excellence in dance and dance education - 2002

Subject of cover story of The Brown Alumni Monthly, 1991

Featured in the Providence Journal, 2000

Featured in the Providence Journal, 2001

All of my courses include academic and studio/laboratory work. The balance is determined by the focus of the course. I am committed to engaging undergraduates as research and teaching assistants and have sponsored at least one Undergraduate Teaching and Research Assistanship a year since 1995.

My technique courses focus on building physical strength and artistic expression within a cultural, historical context. Students learn the diverse "languages" of dance that continue to shape contemporary expression in the United States and the world. My focus is on the "languages" of Martha Graham, Jose Limon, Lester Horton, and Classical Ballet both as specific styles and as influences on other forms.

My Composition and Choreography Classes focus on developing each student's unique movement style and vocabulary, exploring traditional uses of the stage space, investigating non-traditional staging, and studying dance in relation to the other arts. Students are exposed to the theories of choreographic pioneers such as Hanya Holm, Louis Horst, and Doris Humphrey.

My History Course places dance within the socio-political context of the 20th Century and explores the relationship of American dance to the dances of other cultures, primarily those of Africa and Europe. The course has a kinesthetic component so that students can embody the diverse cultural, historical and individual styles that evolved in American dance in the 20th century. This course also relies heavily on primary sources and guest artists who were or continue to be primary shapers of the American dance heritage.

My course in Dance Performance and Repertory provides dance students with what students in other art forms take for granted -- on-going access to established works by professional artists in their fields. While the dancers in the course are encouraged and supported to create their own work, they also have the opportunity, rare in the academy, to work with some of our most revered choreographers and exciting contemporary innovators.

My course, Artists and Scientists as Partners (ASaP), explores the arts and healing with an emphasis on dance and music for persons with Parkinson’s Disease (PD) and Autism Spectrum Disorders (ASD) and includes site placements in the community.