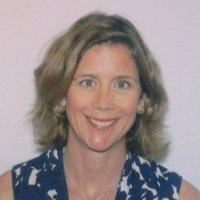 Dr. Kristin Anderson, FAAP, FACP, is an Assistant Professor of Medicine and Pediatrics, Clinican Educator, at the Warren Alpert Medical School of Brown University.  She joined the Hasbro Partial Hospital Program as a pediatrician in January 2015 while also teaching residents at the Medicine-Pediatrics Primary Care Center in Providence.  Prior to this, she worked as a General Internist at Women’s Health Associates in Providence, RI and with Southcoast Physicians Group in New Bedford, MA.  Dr. Anderson received her medical degree from Albany Medical College in 2002 and completed her Internal Medicine-Pediatrics residency at Rhode Island Hospital/Hasbro Children’s Hospital in 2006.

Dr. Anderson has experience as a primary care physician working with families for over a decade in cities with a high prevalence of diabetes and morbid obesity.  As a pediatrician at the Hasbro Partial Hospital Program she is part of a multi-disciplinary team incorporating family-based therapy to provide treatment for children struggling with co-existing medical and psychiatric diagnoses.   This includes children and adolescents diagnosed with eating disorders such as anorexia nervosa, bulimia, ARFID, and binge eating disorder.  As a result of these diverse clinical experiences, she recognizes the importance of fostering a healthy relationship with food and physical activity.

She has a strong interest in developing programs aimed at the prevention of lifestyle related chronic illnesses and believes this requires creative partnerships.  In February 2013 she founded F.I.T. Club, a nonprofit 501(c)(3) corporation, with her mother, Dr. Susan Lehr, Past Professor and Chair of the Skidmore College Education Studies Department. The F.I.T. Club website http://teachfitclub.org and Facebook page went live in April 2014.  F.I.T. Club promotes health and wellness for children of all ages using literacy and collaborative approaches in schools, afterschool programs, and in the home. Children explore food sourcing and production, cooking, sustainability, nutrition, and disease through clubs centered on these three themes: Young Farmers Club, Young Chefs Club, and Young Doctors Club. In this capacity, developed an afterschool program in partnership with the Brown University Biology Department and Nayatt Elementary School.  Brown University students with a biology concentration teach afterschool literacy-based sessions focused on healthy habits associated with a decrease in the prevalence of childhood obesity (healthy balanced meals, regular physical activity, limited screen time, and sleep hygiene).  Brown University students have the opportunity to participate in BIOL 1960 Independent Study to develop individualized learning projects associated with this program.

Dr. Anderson has designed and developed sustainable curriculums. She developed the Young Doctors Club, while an intern at Rhode Island Hospital in 2003, as a partnership with Roger Williams Middle School in Southside Providence and the Medicine-Pediatrics Residency Program of Warren Alpert Medical School at Brown University. Urban students come to Rhode Island Hospital during the academic year to learn about health careers and diseases such as diabetes and heart disease.

She also developed the Health Policy and Practice Management Curriculum and continues to teach the Introductory and Billing 101 workshops to third year General Internal Medicine residents. This program was initially awarded a GME Professionalism Grant in 2008; the series has run successfully for over a decade with lecturers who are leaders in primary care in Rhode Island and Massachusetts and is regularly updated to address changes in the U.S. health care delivery system.

She also served on the board of Barrington Early Childhood Center for three years in roles such as Nominating and Fundraising Chairs, so has firsthand experience with the operations of a not for profit organization.