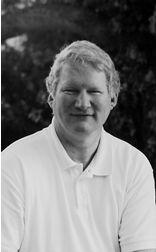 I completed my Ph.D. in Genetics from the Department of Genetics and Cell Biology, University of Minnesota under the direction of Dr. David P. Fan. The subject of my thesis research was the characterization of antigens capable of stimulating murine cytolytic T lymphocytes. My postdoctoral fellowship was conducted in the Division of Basic Immunology, Fred Hutchinson Cancer Research Center Seattle, WA under the direction of Drs. Walter Newman and John Hansen. The focus of this research was phenotypic and functional characterization of human cytolytic lymphocytes. Since then I have been a part of the Division of Hematology and now Hematology/Oncology at Rhode Island Hospital/Brown University. The research focus has been on studying the regulation of immune responses that occurs in response to the transfer of allogeneic white blood cells that occurs in the setting of transplantation, transfusion and pregnancy with a particular emphasis on studying the role of cytolytic lymphocytes.

The encounter with white blood cells from another individual often occurs in pregnancy, transfusion, and transplantation and can both negatively and positively impact the recipient's immune system. The focus of the laboratory is to characterize the regulatory mechanisms involved in this encounter and especially the effects on killer cells. A second area of interest is the role of the enzymes produced by killer cells in life threatening conditions generated in response to infection and trauma.

The encounter with donor white blood cells frequently occurs following the transfusion of blood products with immunological consequences for the recipient that can be both beneficial and detrimental. One area of research interest has been to study the immune responses induced by the encounter with allogeneic white blood cells and how different treatments of the blood products affect these responses. Particular emphasis has been placed on how exposure of the blood products to different types of irradiation alters the immune responses that are induced in the recipient following transfusion.

Transfusion of donor lymphocytes or stimulated lymphocytes has also been used to achieve anti-tumor responses. The preferred approach to induce anti-tumor responses has been to use antigen loaded dendritic cells. The limitations of this approach have been that there are very few cells present in the peripheral blood, requiring expansion of the cells which is costly both in facilities and cytokines. Retrospective analysis has suggested that, if objective reduction of tumor size is used as measure of success, less than 3% of patients have responded in trials using dendritic cells. Recent published results and results from our laboratory have shown that CD4+ cells are able to act as antigen presenting cells (APC). The advantage of using CD4+ cells as APC for immunotherapy is that one can often obtain 100 fold more CD4+ cells than dendritic cells from the peripheral blood. The increased number of cells should permit their use as APC without expansion. We are currently testing the possibility of using human CD4+ cells as APC and have found that they are capable of inducing alloreactive cytolytic T lymphocytes (CTL). Ongoing studies are also testing if they are able to induce restricted CTL that are used to generate anti-tumor responses.

Cytolytic cells generate granules which contain contain serine proteases called granzymes. These granzymes may contribute to inflammation. Sepsis is the result of systemic dysregulated inflammatory responses that result in the death of 30  50% of affected individuals. Recent findings by my collaborator, Dr. Yow-Pin Lim, have shown that decreased levels of a protease inhibitor, inter-a-inhibitor proteins (IaIp), is associated with increased mortality in septic patients. Administration of IaIp in animal models of sepsis has been shown to greatly increase survival. Although administration of IaIp is helpful for the treatment of sepsis, no mechanism for its action has been proposed. Based on a published result showing that IaIp was the physiological inhibitor of granzyme K, a serine protease found in the granules of cytolytic cells, we hypothesized that the decreased levels of IaIp results in increased levels of uninhibited granzyme K with pathological consequences. An enzyme linked immunosorbent assay was developed to measure levels of granzyme K in biological fluids and it was found that granzyme K levels are increased in septic patients when they are admitted to the emergency room and significantly decreased in septic patients enrolled in a trial for severe sepsis. Injection of LPS into naïve C57BL/6 recipients results in a spike of plasma granzyme K levels at 48 hours. Because of the similarity of these results it would indicate that granzyme K levels are benchmark reference points for comparing murine responses to inflammatory stimuli with human inflammatory responses. Future experiments will examine the potential diagnostic usefulness of measuring granzyme K levels for staging sepsis and examining the possible role of granzyme K in inflammation.

9. Underrepresented Minority Investigators in Asthma and Allergy Award. American.
Academy of Allergy and Immunology. 7/1/93 to 6/30/95 $60,000. Sponsor for Kathy
Munemasa M.D.

The lectures that I give are in the areas of immunology related to cellular immunity, transplantation immunology, cancer immunology and vaccines. I have given these lectures in a number of different courses.