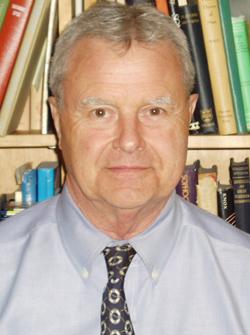 Michael Putnam joined the Brown faculty in 1960 after teaching for a year at Smith College. He was Acting Director of the Center for Hellenic Studies 1961-62 and served as one of its Senior Fellows from 1971 to 1986. In 1963-64 he held a Rome Prize Fellowship at the American Academy in Rome where he was later a Resident (1970) and Mellon Professor in Charge of the Classical School (1989-91). Since 1991 he has been a Trustee of the Academy and a Life Trustee since 2010. He received its Centennial Medal in 2009 and Trustees' Medal in 2010.

He was elected a director of the American Philological Association in 1972 and has since served the Association as President (1982), delegate to the American Council of Learned Societies (1984-87), and Financial Trustee (1997-2004), as a member of its Development Committee (1995-) and as co-chair of its Gateway Campaign Committee (2005-2012). He received the Association's Charles J. Goodwin Award of Merit in 1971 and its Distinguished Service Award in 2013. In 1985 he was Townsend Professor at Cornell University and inaugurated the Townsend Lectures. For 1987-88 he was a Member of the Institute for Advanced Study and for 1994-95 a Visiting Scholar for Phi Beta Kappa. During the spring of 2004 he gave the Martin Classical Lectures at Oberlin College and in 2009 inaugurated the Amsterdam Virgil Lectures at the University of Amsterdam. He is a Fellow of the American Academy of Arts and Sciences and a Member of the American Philosophical Society, and has received Guggenheim, ACLS and NEH Fellowships. He is a member of Italy's Accademia Nazionale Virgiliana. From 1967 to 1987 he was Sole Trustee of the Lowell Observatory, Flagstaff, Arizona, and is currently a member of its Board of Advisors. Since 1997 he has served as a member of the Selections Committee of the Fogg Museum of Art, Harvard University. He served as trustee of Bay Chamber Concerts from 1972-88 and from 2010-16. From 2013-16 he was Trustee of the Vergilian Society of America from which he received the Alexander G. McKay Prize in 2009.
He is a member of the editorial boards of Arion and Vergilius.

Professor Putnam's primary interest is in Latin literature and its influence with a speciality a speciality in the poetry of Republican and Augustan Rome. His books include The Poetry of the Aeneid (1965); Virgil's Pastoral Art: Studies in the Eclogues (1970); Tibullus: A Commentary (1973); Virgil's Poem of the Earth (1979); Essays on Latin Lyric, Elegy, and Epic (1982); Artifices of Eternity: Horace's Fourth Book of Odes (1986); Virgil's Aeneid: Interpretation and Influence (1995); Virgil's Epic Designs: Ekphrasis in the Aeneid (1998); and Horace's Carmen Saeculare: Ritual Magic and the Poet's Art (2000), Maffeo Vegio: Short Epics (2004); Poetic Interplay: Catullus and Horace (2006); the Vergilian Tradition: The First Fifteen Hundred Years, coedited with Jan Ziolkowski (2008); Jacopo Sannazaro: The Latin Poetry (2009); A Companion to Vergil's Aeneid and its Tradition, co-edited with Joseph Farrell (2010); The Humanness of Heroes: Studies in the Conclusion of Virgil's Aeneid (2011); (with Rodney Dennis) The Complete Poems of Tibullus: An En Face Bilingual Edition (2012). He is the author of numerous articles and reviews.

At Brown, as well as chairing the Department of Classics for several periods, he was also a member of the Comparative Literature faculty as well as of the Committee on Renaissance and Early Modern Studies. In 2003 he received the University's John Rowe Workman Award for Teaching Excellence in the Humanities.

His specialty is the Latin literature of the republic and early Roman empire. He has recently published books on the interrelationship of the poets Catullus and Horace, and The Virgilian Tradition: The First 1500 Years , coedited with Jan Ziolkowski (2008). He is at work on several articles and on a monograph on Statius' Silvae.  He is also coediting the Latin poetry of Pierio Valeriano for the I Tatti Renaissance Library.

Awarded the Centennial Medal by the American Academy in Rome

American Academy of Arts and Sciences

Association of Literary Scholars and Critics

Classical Association of the Atlantic States