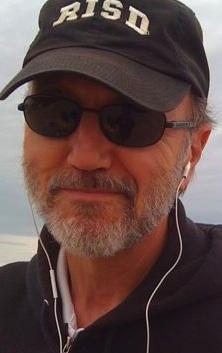 Armstrong's most recent book is Stories and the Brain: The Neuroscience of Narrative (Johns Hopkins UP, 2020).  This neuro-phenomenological analysis of our embodied cognitive capacity to tell and follow stories is a sequel to his book How Literature Plays with the Brain:  The Neuroscience of Reading and Art (Johns Hopkins UP, 2013; Slovenian translation, Arabic and Chinese translations in progress).

His other books include The Phenomenology of Henry James (U of North Carolina P, 1983), The Challenge of Bewilderment: Understanding and Representation in James, Conrad, and Ford (Cornell UP, 1987; e-book 2018), Conflicting Readings: Variety and Validity in Interpretation (U of North Carolina P, 1990; Spanish and Arabic translations), and Play and the Politics of Reading: The Social Uses of Modernist Form (Cornell UP, 2005).  The opening chapter of Conflicting Readings was awarded the William Riley Parker Prize for an Outstanding Article in PMLA . His chapter on Nostromo in The Challenge of Bewilderment won the Twentieth Century Literature Prize in Literary Criticism.

Armstrong has held fellowships from the Alexander von Humboldt Foundation and the National Endowment for the Humanities. He also received a grant from the Teagle Foundation to chair an inter-institutional working group that wrote a white paper on "The Open Curriculum: An Alternative Tradition in Liberal Education."  Past president of the Joseph Conrad Society of America, Armstrong is a member of the editorial boards of the Henry James Review, Conradiana, and Modern Fiction Studies.