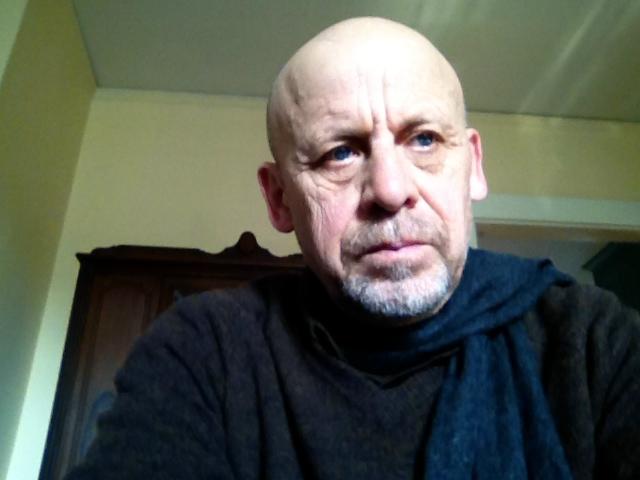 Réda Bensmaïa is Professor Emeritus, Formerly University Professor of French and Francophone literature in the French Studies Department and in the Department of Comparative Literature at Brown University. He has published extensively on French and Francophone literature of the Twentieth century as well as on film theory and contemporary philosophy. He obtained his Doctorate from the École Pratique des Hautes Études in Paris in 1980 and his Master of Philosophy at the Université des Sciences Humaines of Aix-Marseille in 1978. He taught literature and philosophy for eight years at the University of Minnesota in the Department of French and Italian and the Departement of Comparative Literature. He also taught at Uva for two years between 1988 and 2000 before moving to Brown. He is the author of The Barthes Effect, Introduction to the reflective Text (Minnesota, THL, 1987); The Years of Passages (Minnesota, Theory out of Bounds, 1995); Alger ou la Maladie de la Mémoire (L'Harmattan, 1997) and Experimental Nations or The Invention of the Maghreb (Princeton University Press, Spring 2003) ; He is also the Editor of Gilles Deleuze (Lendemains, Berlin, 1989) and Recommending Deleuze (Discourse, 1998);

Professor Bensmaïa teaches courses on French literature and philosophy, film theory and French and Francophone postcolonial literature. His last book entitled EXPERIMENTAL NATIONS OR THE INVENTION OF THE MAGHREB has been published by Princeton University Press (Spring 2003). He is presently working on two projects : a Monograph on Gilles Deleuze's work and editing a special issue of CINEMAS on the same author; and a book on North African writers and is entitled: Politiques d'écrivain.

POLITIQUES D'ÉCRIVAINS : The principal objective of my new project is to gather pertinent material and information in order to write a new book on the evolution of democratic institutions in three North African countries as reflected in the works of Francophone writers and intellectuals during the last fifteen years. In Experimental Nations or the Invention of the Maghreb , a book published by Princeton University Press in April 2003, I explored the contribution of francophone writers of the Maghreb to the elaboration and revaluation of national identity after the independence of their countries. One of the premises of this new project stems from the observation that, in these countries (namely, Algeria, Morocco, and Tunisia), debates concerning democracy have taken place not in a public forum, but rather in the creative work of journalists, filmmakers, poets and novelists. In the short run my goal is to visit each one of the countries I have mentioned in order to gather material and to establish the contacts I need in order to achieve the goals I describe in the argument below. Considering that this year France is celebrating "The year of Algeria" -an event that will bring writers, journalists, and artists to participate in a number of cultural events-I think that it is of utmost importance to first spend some time in Paris this summer before visiting the countries of my study.

ARGUMENT:
The recent history of the three countries of the Maghreb has shown that problems related to human rights, freedom of expression, the political and social status of women, and the rights of ethnic, linguistic, and cultural minorities have found expression primarily in literary, artistic works and communication fora. Indeed, it seems that what was impossible to express through official institutions has been forced to take refuge in the works of fiction, newspapers articles, films, songs and, increasingly, over the Internet. Because these works confront problems that have been branded as taboo, they are often censored or banned by the Government. This is the case with the novels by Algerian writers Kateb Yacine and Nabile Farès as well as Moroccan and Tunisian writers, including Mohammed Kheireddine and Abdellatif Laâbi. These writers have endured many years of exile and in some cases imprisonment for their "offensive opinions." Rereading their works, it is easy to see that the repression brought on them because of their ideas was aimed not so much at specific contents deemed problematic or "seditious," but rather at the fact that these writers and intellectuals have raised questions directly related to democracy--freedom of speech, freedom of publication, freedom of circulation and travel, etc. Although democracy may be inscribed in these countries' constitutions, it is only rarely manifested in concrete realities.

In this work, I have also chosen to study the impact of a newly "imported" ideology--namely Islamic fundamentalism--on the cultural and political institutions of the three countries of the Maghreb. I want to follow the construction and workings of this ideology in the borderlands of political science, philosophy and literary criticism. Political science, because the present conflicts are directly related to political events which occurred during the last ten years: namely, the liberalization of the laws pertaining to the freedom of speech, information, and association; the creation of several associations of the Rights of Man; and the creation of non-governmental newspapers and political organizations. Philosophy, because the major issues which are at stake in the present debates are essentially philosophical, particularly the status of the individual vis-à-vis the state, freedom of speech, gender, status of women in an Islamic society, education, arts, etc. And finally, literary theory, because the most important political and ideological debates stem from the production of newspapers or journal articles, literary studies, novels and poetry.

National Endowment for the Humanities (NEH) summer stipend for the study on "The Rhetorics of the machine" in the works of D.Vertov. 1983.

Grant-in-Aid from the Graduate School (University of Minnesota) for the same project, 1982-1983.

EDP Grant, University of Minnesota: "Understanding and Proficiency: Studying World Politics through and as a means of developing proficiency in French and Russian Languages", Spring 1989.

American Institute for Maghrib Studies (AIMS) Fellowship Recipient 1994-1995 for a Research project on Francophone Literature and Democracy in North Africa. $ 7500.

Henry Merritt Wriston Grant for the improvement and testing of a course on Post-Colonial situations: Figures of Democracy in North African Literature", Brown University, 1995-96, $ 3000

French Consulate Grant for the Colloquium on Gilles Deleuze, April 1997. $2000.

Recipient of an Office of the Vice President for Research (OVPR) Grant, Brown University, Summer 2003, $ 2000

Recipient of a Grant for a Study Group, Humanities Center at Brown, $ 5000

-Director of the Paris Center for Critical Studies, 1985-88.

- Member of the Pembroke seminar. Seminar : « Technology and Representation ». Fall 2001.

- Recipient of the Scaglione Prize of French and Francophone Literary Studies, « Honorable Mention » for Experimental Nations, or the Invention of the Maghreb , (Princeton University

Journals (Member of the Board) :

1980-1981: Lycée français of San Francisco, Prof. of Philosophy for the Terminales (preparation to the French Baccalauréat);
U.C. Berkeley, Visiting Professor in the Department of French: "Introduction to the concept of "Minor Literature": Algeria, Morocco, Tunisia ", Spring 1980.

1979-1981: Lycée français of San Francisco, Prof. of Philosophy for the Terminales (Baccalauréat).