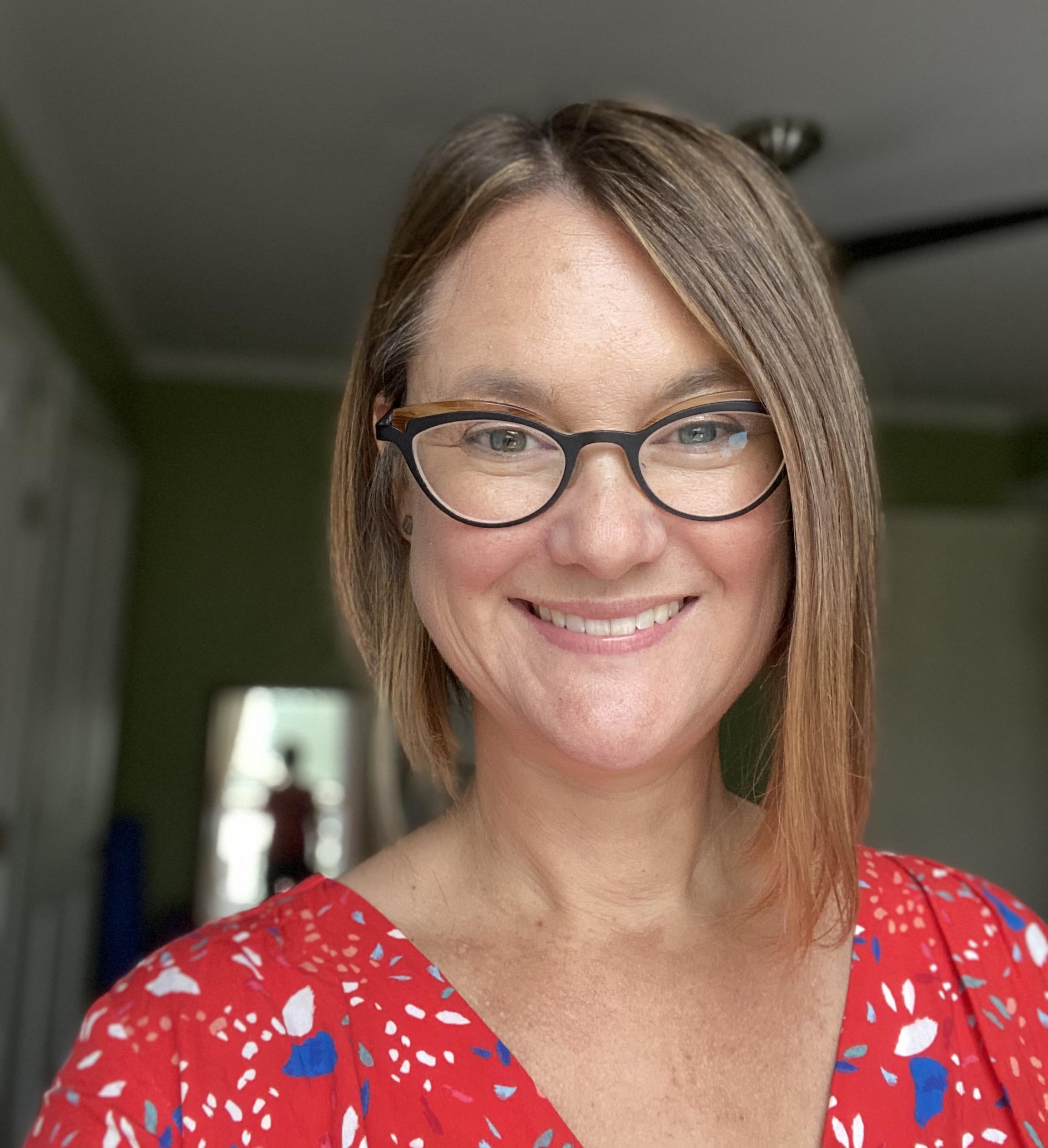 Tara Nummedal (PhD, Stanford, 2001; MA, University of California, Davis, 1996; BA, Pomona College, 1992) is the author of Alchemy and Authority in the Holy Roman Empire (University of Chicago Press, 2007), Anna Zieglerin and the Lion’s Blood: Alchemy and End Times in Reformation Germany (University of Pennsylvania Press, 2019). With Janice Neri and John V. Calhoun, she published John Abbot and William Swainson: Art, Science, and Commerce in Nineteenth-Century Natural History (University of Alabama Press, 2019), and, most recently, with Donna Bilak she co-edited Furnace and Fugue: A Digital Edition of Michael Maier's Atalanta fugiens with Scholarly Commentary (University of Virginia Press, 2020), a digital publication on a musical alchemical emblem book, Atalanta fugiens (1618). Her work has been supported by the the John Simon Guggenheim Memorial Foundation, the National Endowment for the Humanities, the American Council of Learned Societies, the Chemical Heritage Foundation, and, most recently, the Gladys Krieble Delmas Foundation. She is Past President of the New England Renaissance Conference and a member of the editorial boards of the Journal of Modern History and Ambix. She teaches courses in early modern European history and the history of science.

My research has focused on knowledge of nature and its place in the society and culture of early modern Europe. I situate my work at the intersection of the history of central Europe and the history of science, examining connections between natural knowledge and print culture, gender, commerce, state building, and satire in the early modern period. I am particularly interested in the history of alchemy, and have begun to dip my toe into digital humanities as well. My first book, Alchemy and Authority in the Holy Roman Empire (University of Chicago Press, 2007), examined how three groups – entrepreneurial princes, cultural critics, and alchemical practitioners – competed to shape the meaning of alchemy in sixteenth and seventeenth-century central Europe. In addition to several essays that emerged from this project, I have published more generally on print culture and science in two additional essays, one (with Paula Findlen) on scientific publishing and another on the Jesuit polymath Athanasius Kircher. My most recent monograph, The Lion’s Blood: Alchemy and End Time in Reformation Germany (University of Pennsylvania Press, 2019), takes up questions of gender, the body, and religious culture in connection with alchemy. Donna Bilak and I explored the potential of digital publishing in Furnace and Fugue: A Digital Edition of Michael Maier's Atalanta fugiens (1618) with Scholarly Commentary (University of Virginia Press, Studies in Early Modern German History, 2020).

As a historian of early modern Europe and a historian of science, I have primarily used the history of alchemy to examine questions of gender, court culture, natural knowledge, religious reform, and the body. Most recently, I have published two essays that attempt to frame the contours of these fields: the introduction to a 2013 special issue of Ambix on "Alchemy in Christian Europe," for which I also served as guest editor, and "Words and Works in the History of Alchemy," part of a 2011 Focus section in Isis on “Alchemy and the History of Science.”

My most recent monograph, Anna Zieglerin and The Lion's Blood: Alchemy, Gender, and the Last Days in Reformation Germany (University of Pennsylvania Press, 2019), uses the dramatic tale of Anna Zieglerin's rise and fall at a ducal court in the 1570s as a point of entry into the intersection of science, gender, and religious culture in Reformation Germany. One of the few women alchemists about whom we have extant sources, Zieglerin practiced alchemy in her own laboratory, recorded her recipes involving a golden oil called the lion's blood, and attracted the support of a German duke for her alchemical work. At the same time, she articulated an eschatological program in which she, as a "new Virgin Mary," would use the lion's blood to repopulate the world in preparation for the Last Days. In positioning her body and her alchemy at the center of a spectacular cosmic drama, Zieglerin offers an opportunity to explore the porous boundary between science and religion in the era of the Reformation. My first essay associated with this project, “Alchemical Reproduction and the Career of Anna Maria Zieglerin (c. 1550-1575),” won the Society for the History of Alchemy and Chemistry’s 2000 Partington Prize, a triennial award “for an original and unpublished essay on any aspect of the history of alchemy or chemistry,” and was published in the Society’s journal, Ambix, in 2001. In 2011, I published “Anna Zieglerin’s Alchemical Revelations” in Secrets and Knowledge in Medicine and Science, edited by Alisha Rankin and Elaine Leong.

In connection with Brown's Digital Publishing Initiative, Donna Bilak and I have explored the possibilities of digital technologies for understanding early modern knowledge. Conceived from the outset as a digital publication, Furnace and Fugue: A Digital Edition of Michael Maier's Atalanta fugiens with Scholarly Commentary (University of Virginia Press, 2020) brings together new interdisciplinary scholarship on the German physician and alchemist Michael Maier's Atalanta fugiens (1617/1618) with a dynamic, enhanced digital edition of the text itself. This extraordinary alchemical emblem book re-casts Ovid's tale of Atalanta—the fleet-footed virgin—as a series of fifty emblems set to music. Comprised of text, image, and canons for three voices, each individual emblem engages sound, sight, and intellect; read together, these emblems serve as an interlocking guide to alchemical theory and the production of the philosophers’ stone. As a pilot project of the Digital Publishing Initiative, Furnace and Fugue seeks to bridge the gaps between the readers of today and their seventeenth century counterparts. By transforming Atalanta fugiens into a dynamic, scholarly, digital object through the collaboration of historians, musicians, rare book curators, linguists, scientists, artists, and other scholars, Furnace and Fugue reflects a dynamic, emergent form of interdisciplinary scholarship.

My first book, Alchemy and Authority in the Holy Roman Empire (University of Chicago Press, 2007; pb ed. 2019) argues that debates about fraud, carried out in alchemical treatises, laboratories, satires, paintings, and courtrooms, are crucial to understanding the varieties of alchemical practice in the sixteenth- and seventeenth-century Holy Roman Empire. As patrons and practitioners alike sought to navigate an increasingly vibrant and unregulated market for alchemy, they employed the category of the fraudulent alchemist to marginalize competitors, explain failed alchemical processes, and define what they envisioned the “true” alchemy to be. At the same time, literary authors and artists increasingly drew on the figure of the alchemist as a symbol of social and commercial deceit. By working on two levels, as an archivally-based social history of alchemical practice and a cultural history of why alchemy proved to be so contentious, this book not only reveals diverse understandings of what “real” alchemy was and who could practice it; it also connects a set of little-known practitioners to the largest questions about state-building, trust, and intellectual authority in early modern Europe.

Prior to the appearance of Alchemy and Authority, I published several articles in connection with this research. My essay on alchemical practice and commerce appeared in the 2001 state of the field anthology Merchants and Marvels: Commerce, Science and Art in Early Modern Europe, edited by Pamela Smith and Paula Findlen and published with Routledge. I also completed a pair of essays arguing for a critical reexamination of fraud in connection with alchemy: “The Problem of Fraud in Early Modern Alchemy” (in Shell Games: Studies in Scams, Frauds and Deceit, 1300-1650, 2004) and “On the Utility of Fraud” (in Chymists and Chymistry: Studies in the History of Alchemy and Early Modern Chemistry, 2008). In addition to the cluster of essays connected with Alchemy and Authority, I also published two pieces that extended beyond my main focus on alchemy. In a 2000 co-authored essay, Paula Findlen and I explored connections between new ideas about nature and new forms and genres of printed books in seventeenth-century Europe. The second essay (in The Great Art of Knowing: The Baroque Encyclopedia of Athanasius Kircher, 2001) argued that the Jesuit polymath Athanasius Kircher’s work on the terrestrial sphere, particularly his spectacular book Mundus Subterraneus (1664-65), was an attempt to elevate what he called the “geocosm” and make it a fitting a subject of natural philosophy. In these two essays, I was able to explore my interests in the history of the book and the history of science broadly.

2005-06: National Endowment for the Humanities Fellowship.

2001-02: Sidney M. Edelstein International Fellowship in the History of the Chemical Sciences and Technologies, Chemical Heritage Foundation (Philadelphia, Pa.) and the Edelstein Center for the History of Science, Technology, and Medicine at the Hebrew University (Jerusalem, Israel).

“Corruption, Generation, and the Problem of Menstrua in Early Modern Alchemy,” in Blood Matters: Studies in European Literature and Thought, 1400-1700, edited by Eleanor Decamp and Bonnie Lander Johnson. Philadelphia: University of Pennsylvania Press, 2018.

"Double Take." Manual: A Resource About Art and Its Making Issue 6: Assemblage (Spring 2016).

“The Alchemist.” In A Companion to the History of Science, edited by Bernard Lightman. Malden, Mass and Oxford: Wiley-Blackwell, 2016.

Alchemy and Authority in the Holy Roman Empire. Chicago: University of Chicago Press, 2007.

"On the Utility of Alchemical Fraud." In Chymists and Chymistry: Studies in the History of Alchemy and Early Modern Chemistry, edited by Lawrence Principe. Canton, Mass: Science History Publications, 2007.

"The Problem of Fraud in Early Modern Alchemy." In Shell Games: Scams, Frauds and Deceits in Europe, 1300-1650, edited by Richard Raiswell and Mark Crane, 37-55. Toronto: Centre for Reformation and Renaissance Studies, 2004.

"Kircher's Subterranean World and the Dignity of the Geocosm." In The Great Art of Knowing: The Baroque Encyclopedia of Athanasius Kircher, edited by Daniel Stolzenberg, 37-47. Stanford, CA: Stanford University Library, 2001.

"Words of Nature: Scientific Books in the Seventeenth Century" (co-authored with Paula Findlen). In Thornton and Tully's Scientific Books, Libraries and Collectors: A Study of Bibliography and the Book Trade in Relation to the History of Science, 4th ed., edited by Andrew Hunter, 164-215. Brookfield, Vermont: Ashgate Publishing, Ltd., 2000.

Since 2002, I have taught a range of undergraduate and graduate courses on the history of early modern Europe, the history of science, and professionalization for PhD students. I have also advised undergraduate, MA, and PhD students, concentrators in both History and Science and Society, and supervised numerous honors and PhD theses, independent study projects and concentrations, and summer Undergraduate Teaching and Research Awards (UTRA). As the Director of Graduate Studies in History from 2013-16, I was particularly active in developing and sustaining a rigorous graduate program that can prepare our students for professional careers in academia and beyond.