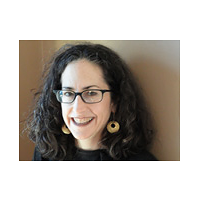 Having worked on idleness, witchcraft, and now on the rise of the novel, Professor Krause is interested not in the Renaissance's positivistic endeavors and productions, but rather in its more opaque pursuits, those undertaken in the shadows.  In Idle Pursuits (2003), for instance, she did not set out to investigate the busy professional reality of the hommes de lettres in France's Fourth Estate, but rather their investments in an alternative economy of prestige: not what they did (their work), but rather their art of idleness practiced in the shadow of their public lives.  Witchcraft, Demonology, and Confession (2015) examines the methods employed by demonologists, specialists in the early modern "science of demons," without neglecting the point of view of the "witch"– someone denounced by neighbors and interpellated to speak as a witch in the course of an early modern trial for witchcraft.  Her current project, The Rise of the Novel in Early Modern France examines a genre occupying an elusive place in the literary landscape of the time insofar as it fell outside the purview of classical poetics and rhetoric.  With no constituted "theory of the novel" in Renaissance France, the early novel emerged in a literary no-man's land.  Forever in the shadow of epic but without the recognition and stature of this most prestigious of genres, the early novel was free to invent itself as it went along, offering new terrain for writers interested in experimental fictions.

In all of her books, completed and in progress, Krause turns her critical gaze to oblique, dimly lit places, not out of fascination for the arcane or obscure, but because for the early modern period, what we know is vastly outweighed by what remains unknown. She seeks new answers to old questions: what social stratum produced France's literary elite (Idle Pursuits), what drove the infernal machine of the early modern witch-hunts (Witchcraft, Demonology, and Confession) and in what cultural and literary terrain was the early novel able to take root (The Rise of the Novel).  But she also seeks new questions: what cultural capital was produced through idleness, what forms of subjectivity were possible in an early modern trial for witchcraft, how were the mechanics of the early novel practiced.  This period is for her a labyrinth and shifting the gaze away from dominant paradigms opens new paths of inquiry.

Idle Pursuits: Literature and ‘Oisiveté’ in the French Renaissance (University of Delaware Press, 2003).