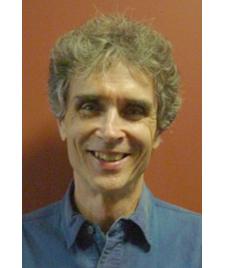 Keach taught at Rutgers before coming to Brown in 1986 and was supported by a Guggenheim Fellowship in 1988-89.   In 1983 he was given a Lindback Award for Excellence in Teaching at Rutgers, and in 1998 a Distinguished Scholar Award by the Keats-Shelley Association of America.   He is the author of Elizabethan Erotic Narratives (1976), Shelley's Style (1984), and Arbitrary Power: Romanticism, Language, Politics (2004), and has edited Coleridge: The Complete Poems for the Penguin English Poets series (1997).   His edition of Trotsky's Literature and Revolution will be published in 2004 by Haymarket Press.   His articles have appeared in Studies in Romanticism, European Romantic Review, The Keats-Shelley Journal, Left History, and other scholarly journals, and he contributed the section on "Poetry, after 1740" in volume 4 of The Cambridge History of Literary Criticism (1997).

William Keach has research interests in 18th- and 19th-century British literature and culture, including Blake, Wollstonecraft, Wordsworth, Coleridge, Byron, Shelley, Keats, and other writers in what is still called the "Romantic" tradition, as well as literary theory, historical materialism, and transatlantic literary culture.

My primary research focus in recent years has been the intersection of literary and political discourses in late 18th and early 19th century British and transatlantic writing. I have explored various areas of intersection from a critical perspective informed by linguistic theory and by historical materialist accounts of cultural contradiction and change in the period between the American Revolution and immediate aftermath of the Napoleonic Wars.

In 1988-89 my research was funded by a Guggenheim Fellowship. Since then it has been facilitated (most recently in 2004) by a $2,000 research grant from Brown University to support final work on my most recent book, Arbitrary Power (Princeton University Press, 2004).

Northern American Society for the Study of Romanticism

I regularly teach courses at the undergraduate and graduate level in British Romanticism, in transatlantic literary culture, in literary and aesthetic theory, and in cultural formations such as "orientalism."