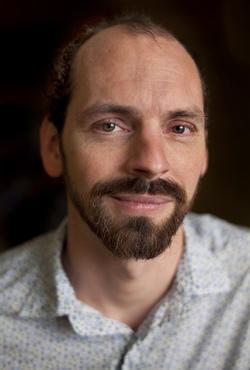 I am broadly interesed in the relationship between sound and society, drawing on principles from music studies and sound studies to illuminate how shared understandings of sonic meaning and practice shape human relationships. My research has centered on the way that sounds are connected to racial, ethnic, and national identities, on one hand, and the way that they are connected with the natural environment, on the other. Over the course of several research projects in the Andean region of Peru, as well as the capital city of Lima, I explored the relation between musicians, media workers, listeners, and intellectuals invested in various popular music forms. I focused particularly on the circulation of Indigenous music and imagery, to illuminate changing formations of class and race in contemporary Peru. More recently, my work has been concerned with the Maritime Provinces of Eastern Canada, where I study the relationship between music and the marine environment. Here I have been focusing espeically on contemporary debates pitting ecological activists against those promoting resource extraction and economic development, and on the vexed history of musical folklore in constructing a sea-facing "Maritime" regional identity.

My research in Peru's Andean region, and within the Andean music scene in Lima, centered on popular musicians, fans, and the people who shape the relationships between them, including media workers, concert promoters, and scholars - all with en eye to illuminating the changing formations of race, class, and nation that are reshaping contemporary Peru more broadly.

My first book, Gentleman Troubadours and Andean Pop Stars focused on huayno music, a folkloric style from Peru's Andean highlands. It explored the way that musicians and mediators used available channels of dissemination to gather consumers, and the way that local media topographies shape the listening publics they do gather. The idiosyncratic organization of media systems, and the saturation of human spaces by music, together have created sonic environments that are both dense and heterogeneous. Inside this complicated, media-driven soundscape, ecxistign and potential distinctions of class, race, gender, or age set get reified, when sounds and musical styles are targeted to particular markets, which then come to stand as "evidence" for the reality of the groups invented by marketing apparatus. Everyday actors, in other words, come to experience, parse, and signal social affiliations through musical activity, which affectively binds listeners to such abstract identitarian categories in ways that are not as easily achieved via other cultural forms. Especially in times of demographic or technological change, when existing social boundaries dissolve before new kinds of organization, mass-mediated music often becomes disproportionately central in crystallizing emergent identities.

Huayno has been an especially fruitful musical medium for organizing these sorts of emergent communities. The style has long been a central symbol of identity for mestizo citizens in the country's Andean highlands. However, Peru's demographic weight shifted from the rural highlands to the coastal capital after midcentury, and huayno music was increasingly industrialized in Lima. Its musical parameters and its context of performance changed, in response to the emergence of an unprecedented Andean middle class. Gentleman Troubadours and Andean Pop Stars focused on the ideologies surrounding huayno music from the Andean city of Ayacucho, showing how local intellectuals of the early twentieth century made their city's style into the dominant sonic emblem of elite mestizo society. These associations were repurposed toward the end of the twentieth century, when a rising middle class of humbler origin in Lima came to treat the genre as a site of conspicuous cosmopolitanism. Placing the actions of record labels and radio DJs acted at the center of this shift, I demonstrated how processes of sociomusical change are tied to the everyday actions of those mediators who sit at the nodes of the networks connecting listeners to musicians, connecting sounds to ideologies of self and other.

My second book, Making Music Indigenous, focused on chimaycha music from Peru’s highland region - a version of huayno music that hails from a small set of Indigenous communities in the Pampas River Valley. It showed how the Quechua-language song genre has reflected and shaped changing notions of Indigenous identity over the last half-century, exploring such transformations in relation to three central themes: nature, mass mediation, and social politics. The first part described an era past, when village performances of chimaycha were linked to seasonal cycles of animal husbandry and climactic variation, and to the human life cycle, via its role in youthful courtship. Here the genre acted as one means through which people understood and experienced relations between themselves and their ecological circumstances. The second part of the book treated chimaycha’s conversion into a self-conscious symbol of cultural identity, first under the influence of development organizations and educational institutions between the 1970s and 1990s, and then under the direction of popular cultural entrepreneurs after 2000. In this era migrants to the city of Ayacucho took advantage of new performing spaces to transform their music: first, into staged folkloric spectacles designed to display Indigenous tradition, and then into a self-consciously metropolitan style that borrowed from Peruvian pop music. By the opening decades of the twentieth century, local activists made both variants part of their campaigns for Indigenous empowerment. The final part of the book explored chimaycha from the perspective of an instrument maker whose expertise has been central to all of these developments since the late 1980s. It drew out the relationship between natural knowledge, the manual skills germane to the artisan’s trade, and the objects they produce, showing how such individuals mediate contemporary performers’ relation to the sonorous past. Overall, the book demonstrated how Indigeneity is experienced as a changing, processual social identity, rather than evaluating the relative authenticity of different Indigenous practices and experiences. It showed that Indigeneity always emerges in and through dialogue with non-Indigenous actors, and that many varieties of Indigeneity can coexist simultaneously, offering multiple points of identification for people who occupy the social category.

Most recently, I have turned to exploring music’s role in mediating a sense affinity for the marine environment, via a series of case studies centered on my home in Nova Scotia, and especially on the province's Eastern Shore. Marked by perennial underdevelopment, the Eastern Shore’s fishing communities entered the Canadian imaginary in the 1930s, via the song hunting work of folklorist Helen Creighton. Creighton adapted Appalachian stereotypes to establish the region’s reputation: isolated, backward, populated by hardy fisherfolk whose ancient British traditions were an antidote to the vacuity of modern life. Premised on her own antimodernist biases, her essentializing portrait nevertheless survives today, a key facet of the province’s humiliating tourist economy, dependent in turn on her images of rugged but noble Nova Scotian poverty. Recently, such inherited images have become hard to maintain, amid contests pitting ecological integrity against economic development. Fishing families, gold mining and fish farming consortia, wilderness tourist developers, and government agencies bent on demarcating Marine Protected Areas within lobstering grounds, have all battled to secure consent for their incommensurable priorities. Conversations about sustainable development, working-class environmentalism, and attachments to place all compete for the commitment of local citizens, and it is crucial to understand how those commitments have come to be construed in relation to one another. In this context, my research explores music’s affective role in structuring environmental debate more generally, showing how folk and traditional music - often derided as a hopelessly romantic idiom, and one that has played a key role in fostering Nova Scotian stereotype - has lent affective charge to the marine environment, and how that affective charge can be shifted in contemporary performance, to generate new kinds of conversations.

2016 The Machine of Sonorous Indigeneity: Craftsmanship and Sound Ecology in an Andean Instrument Workshop. Ethnomusicology Forum 25, 3.

2013 From The World of the Poor to the Beaches of "Eisha": Chicha, Cumbia, and the Search for a Popular Subject in Peru. In Cumbia!: Scenes of a Migrant Latin American Music Genre Edited by Héctor Fernández L'Hoeste and Pablo Vila. Duke University Press.

2011 Permitted Indians and Popular Music in Contemporary Peru: The Politics and Poetics of Indigenous Performativity. Ethnomusicology 55/3:387-413.

2010 Mediating Sentiment and Shaping Publics: Recording Practice and the Articulation of Social Change in Andean Lima. Popular Music and Society 33/2:141-162.

2005-6 The University of Chicago: Postdoctoral Fellow in Ethnomusicology, Music Department

International Association for the Study of Popular Music

I teach a variety of courses on regional, theoretical, or methodological concerns in the field of ethnomusicology and related areas. Regional courses typically focus on music and social development in Latin America and particular countries or regions of the subcontinent, while theoretical courses touch upon issues of nation and nationalism, globalization, race and ethnicity, sound studies, and ecology. Courses taught at Brown include:

Theory and Method in Ethnomusicology