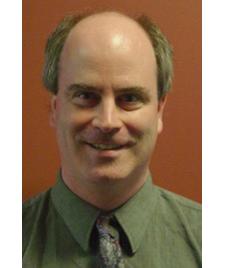 Professor Egan came to Brown in 1991 after receiving his PhD from the University of California, Santa Barbara. In 1999, he published, Authorizing Experience: Refigurations of the Body Politic in Seventeenth-Century New England Writing. In 2011, he published Oriental Shadows: The Presence of the East in Early American Literature.

Professor Egan has published Oriental Shadows: The Presence of the East in Early American Literature (2011) and Authorizing Experience: Refigurations of the Body Politic in Seventeenth-Century New England Writing (1999). His other publications include an essay exploring figures of the East in John Smith's travel narratives, as well as one examining the figure of Alexander the Great in Anne Bradstreet's poetry. In addition to these writings, Professor Egan has published on Ebenezer Cooke, 18th-century Transatlantic mercantile poetry, and Benjamin Franklin.

Oriental Shadows: The Presence of the East in Early American Literature (Columbus, OH: Ohio State UP, 2011 )

“The Emergence of a Southern Tradition,” in The Cambridge History of American Poetry,” ed. Alfred Bendixen and Stephen Burt (Cambridge:  Cambridge UP, forthcoming), 28 ms. pp.

I teach courses on American literature before the Civil War, with a special emphasis on literature produced before 1800. My courses cover a range of topics, from EL1560V, "The Lives of a Text," EL0131, "American Degenerates," EL0151, "The Literature of the American South," to EL0131, "Monsters, Giants, and Fantastic Landscapes in Early American Literature," to EL 41, "Devils, Demons, and Do-Gooders."